Rando Roundup: From Nothing to 10 Million Gifts

Our aim was always to create a photo-sharing platform with a difference—one that deliberately removes all the common social elements including sharing, liking and commenting. The idea of stripping back a service and removing features that can strongly influence user output and ultimately participation, really appealed to us. 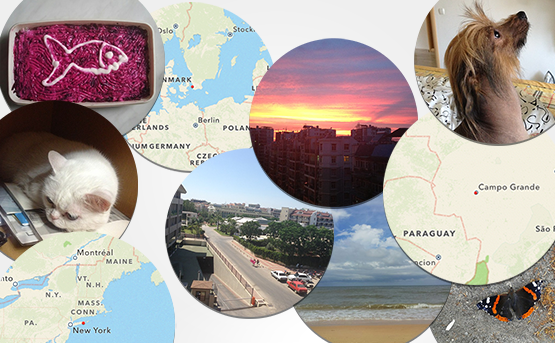 By exploring the concept of anonymity, we could create a social platform that wasn’t driven by the power of profile, influence, network, and status—but instead one where every user was truly equal, with exactly the same potential as anyone else to create and share content.

Looking into the immediacy of content delivery was also something we wanted to explore. By enforcing a wait time on users to receive content, we could create an experience closer to real life, as nothing in reality is instant. Instant gratification is a concept that only exists thanks mainly to the Internet, drugs and fast food culture—with each being (for some people at least) as addictive as one another.

After we launched Rando it was nice to see that many journalists and most importantly the users themselves shared our viewpoint and agreed with the core values behind the project. It seemed to us at least that there was a market for an anti-social photo-sharing network and as time went on, this fact was further consolidated by user feedback.

To compliment the overwhelming positivity there was of course some less than positive feelings surrounding the app. Most people who commentated negatively expected (or wanted) the platform to be besieged by pictures of private parts. Unfortunately for these people, the reality was that only a small fraction of users (less than 1%) felt the need to upload this type of content and faith in humanity was massively restored at this point. 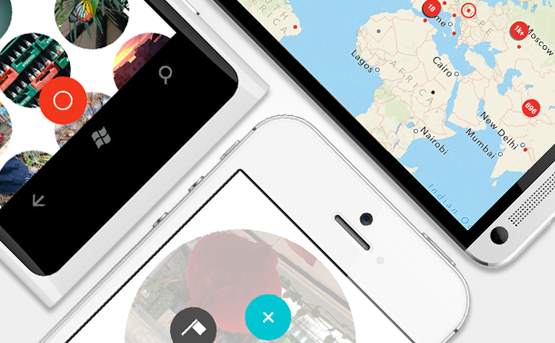 The experimental nature of the project meant the whole team could enjoy and take advantage of a free-form way of thinking. By not being tied to a set of rules or way of working, we could instead approach some of the things we’ve done in the past, differently. The only prerequisite, which naturally became a glass ceiling to our experimentation, was to keep the users at the forefront of our minds, as well as keep the quality of everything we did as high as possible.

Like with all good projects we had the opportunity to continually expand our knowledge and a great example of this was our decision to launch Rando on Windows Phone 8. With no previous experience developing on this platform, all we needed was one passionate developer and three weeks of hard work to actually make it happen.

One big issue we faced when it came to multiple platform support for Rando was keeping consistency with the product and with the platform paradigm. Although Rando for iOS and Android are similar, we’ve created a slightly different experience on Windows Phone 8 simply because we wanted to make the most of what the platform offered us.

THE ART OF PLANNING… WITHOUT PLANNING

When we launched Rando we wrote a blog post on our JFDI approach to the project. Not much has changed in terms of this approach and we do what needs to be done, when it needs to be done. We are always focused on the now and we strongly believe that it’s better to get a simple working version out to the users, over having an unfinished advanced feature sitting in a code repository.

This means that we work in parallel across all platforms as well as when it comes to design and code. As soon as we have something to implement, we start implementing it while it’s being designed, then we tweak it to the specs as soon as the design is finalised.

Personally I’m always a little hesitant when it comes to describing a design as finalised, as things can be defined as final for a number of different reasons including no more time, budget and interest for example. In a perfect world any feature can always be improved upon.

So with this in mind, when it comes to deadlines we try to plan these based on feature set rather than a set timeframe. We absolutely refrain from setting them based on a combination of feature set and timeframe, as it’s almost impossible unless you look at adjusting the resourcing on the project.

Our approach is very organic and we simply say ‘we think feature X and Y is going to add value to the user and can be released within this reasonable timeframe’. If we beat our expectations and complete it more quickly than planned, we consider adding another feature. If it takes longer than planned, we tweak the features to be able to get it out in time. When we refer to ‘reasonable time’, to some extent this is dictated by a gut feeling that’s guided by not wanting to leave our users hanging for too long and driven by our ambition to bring value with every release.

It’s important we keep the process flexible, so for example if we’re looking at a maintenance release to improve stability, we’ll roll this out quickly. On the other hand if it’s a feature release we’ll obviously take a little longer over it as it’s all new. Working this way can be a juggling act as things come from out of the blue, which can affect our plans. Therefore having an adaptable plan and breaking down ‘nice to haves’ over ‘must haves’ is essential in keeping the project moving forwards as quickly as possible. 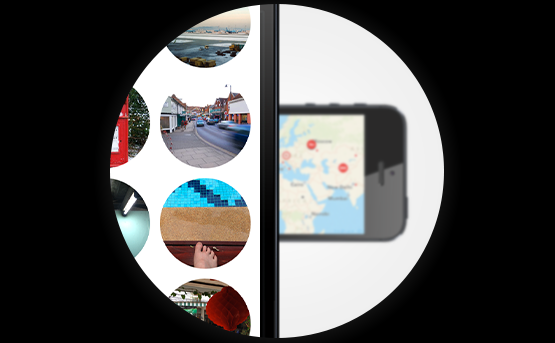 Our long-term mission is pretty much exactly that—longevity of service. We want users enjoying Rando for as long as possible and by understanding that the core driver of the concept relies on curiosity, which can be fleeting, we’re looking at ways of making the experience much more than it currently is.

Plans include adding ‘collections’ into the mix, maximising the emotional driver of collecting by allowing users to sort and arrange their received randos. This is a feature that we truly believe and it’s also been requested by an increasing number of users.

We’re also looking at expanding the map view so that users can easily see a global view of all their randos on one screen. On top of this, we’re working on general and technical improvements including making the registration process smoother for our new users and the ability to let users queue uploads and look at their randos while offline. Our plan is to bring these features out incrementally across a few releases so watch this space.