When Apple open-sourced Swift, many people were quite excited to use this interesting new language on other platforms. Early on, Swift was ported to Linux and people began to look into building servers using Swift. More recently, IBM's existing partnership with Apple deepened as they took a prominent role in the new Server APIs Project. As an iOS developer at ustwo, I decided to take server-side Swift out for a spin on Linux.

To explore both writing Swift on Linux and the Swift Package Manager, I decided to create a little sample called Mockingbird. Mockingbird is the beginnings of a mock server that takes a Swagger specification and stubs out the various endpoints defined.

While I chose to use IBM's Kitura framework due to their relationship with Apple and because they provide a cloud platform-as-a-service themselves, there are many alternatives that are worth considering (Perfect, Vapor and Zewo just to name a few).

Why Write a Server with Swift?

Beyond simple curiosity or strong preferences for the Swift language, why might you want to build a server with Swift? There are a few reasons that come to mind, but ultimately you need to decide whether they make sense in your context.

Writing your server in Swift in addition to an iOS or macOS app (and maybe Android and Windows in the future!) allows the two to share code and frameworks. Having to only write the code once saves time both in the short-term as well as the long-term when looking at maintenance. It also reduces the overhead in terms of testing. All of this is particularly appealing to an indie developer, but can be beneficial to larger enterprises as well.

Swift, as with any language, is opinionated and is designed to solve certain problems in a particular way. For example, Swift favours static typing. Swift also prefers short, expressive code over verbosity. Not that Swift is better than other languages for these things, quite the contrary. Each language is a tool and has its place. But if these things appeal to you, you may be interested in using Swift. Also, if you plan to run on iOS, tvOS, or watchOS your choices of languages that have first-party support and frameworks are limited. Apple's focus lately has definitely been on Swift over Objective-C or other languages.

Building a Linux Server with Swift

Building Mockingbird using Kitura and the various related packages that IBM has developed made it extremely easy to start-up and tie together basic logic to a HTTP server. The bulk of the code written was for file management and parsing. Little code was required to build the server itself.

There were a number of occasions where I would have the package building perfectly on macOS, only to find that when I fired up my Docker container it blew up running the tests or starting the server. Scattered throughout the code you will see snippets where I had to provide conditional compilation blocks such as:

While I did not encounter it often in my small implementation, Apple's swift-corelibs-foundation (the open-sourced version of Foundation) still has many parts not yet implemented (do a search for NSUnimplemented() in the repository). For anyone using Swift on Linux, I strongly recommend that you star this repository as you will likely need to reference what has been implemented and what may have been implemented differently on Linux versus macOS.

It was also non-trivial writing tests for my Kitura implementation. Walking the API endpoints defined by the server was not possible, due to the internal scoping of the elements property of the router and not having a publicly accessible iterator for them either (even read-only). Nor does Kitura provide a testing framework to remove the boilerplate that is common to all endpoint tests (see ProcedureKit for a good example of how to do this). Thus, I wrote my own simplified version in EndpointTests.swift to make testing easier. 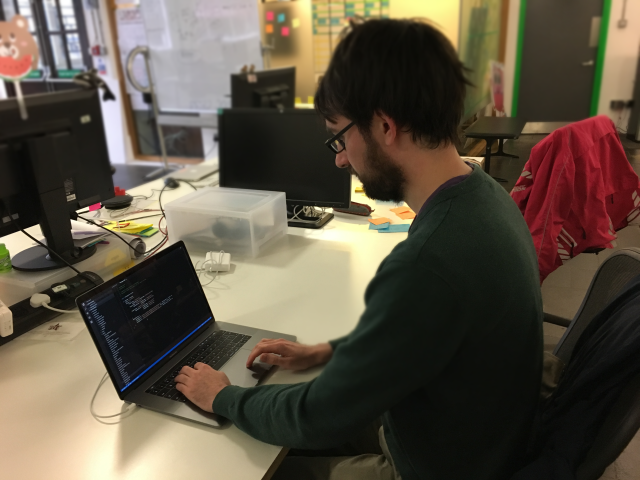 The Swift Package Manager (SwiftPM) is Apple's new, cross-platform dependency manager. Unlike Swift itself which has clear release goals and (some) stability within a given version, the SwiftPM is still in early development and changes rapidly. It also does not support iOS, watchOS, nor tvOS at this time. So don't drop your use of CocoaPods or Carthage just yet. It also comes with a number of constraints/limitations when dealing with Xcode. Writing your SwiftPM Package.swift file is easy enough and uses a JSON-like syntax. It tries to do intelligent things about matching your tests with the appropriate source files, linking to common Apple frameworks such as Foundation or Dispatch, and can generate an Xcode project file for you. Unfortunately, that is about all it does at this point (though to be fair, as I said it's still early days). I ran into three major issues while using the SwiftPM, even in this small example.

Another quirk of SwiftPM is that all top-level folders of the Sources and Tests directories define modules. It was a bit disconcerting at first to have my namespaces defined by my folder structure rather than by a configuration file or a declaration within the source files. While this is not a bad thing nor a challenge, it was different than what I have experienced developing for Apple's platforms in the past.

Testing and, in particular, continuous integration was also a challenge. Due to the challenges outlined and the distinctions of the frameworks on the various platforms, setting up the Travis CI support took a bit of additional effort. Many thanks to the SwiftLint project on whose implementation Mockingbird's is based.

Overall, I really enjoyed spending time with Swift on Linux and taking the SwiftPM out for a test drive. I feel that Swift and the various frameworks that support our development are starting to mature to the point where you could comfortably build servers as an indie developer. There will still be growing pains, but it may be more accessible to you than having to learn another language and all of its standard libraries to get your server up and running.

Below are additional talks and blog posts about building a Linux server with Swift. Each of us have encountered different challenges, so they are worth a read.