This article originally appeared in Digital Arts on 19th May 2015.

Another week, another women in tech story – who cares? You should. Despite all the noise, the campaigning, the diversity committees, the hashtags and the supportive communities, women still make up just 17% of technology roles in the digital design industry, with only 11.2% of women taking leadership roles. This disparity in leadership isn’t just about tech start-ups, this applies across the creative industries: only 3% of creative directors are female.

This matters because digital is no longer about IT: it is an integral function cutting across every part of business, and it is the future of multiple business opportunities. Most, if not all, businesses serve women, and need women at the table to inform what they do.

Week in, week out, I can bet on one thing – almost all of the new business meetings I take will involve me, a woman, sitting across the table from a man or group of men.

When it comes to the decision-makers, the people who can sign off enough money to invest in a new digital service or product, these individuals are for the most part male. Ever the optimist, each new meeting I take I hope that I’ll find myself talking with both men and women, but it’s rarely the case – gender parity remains elusive in the world of product innovation. 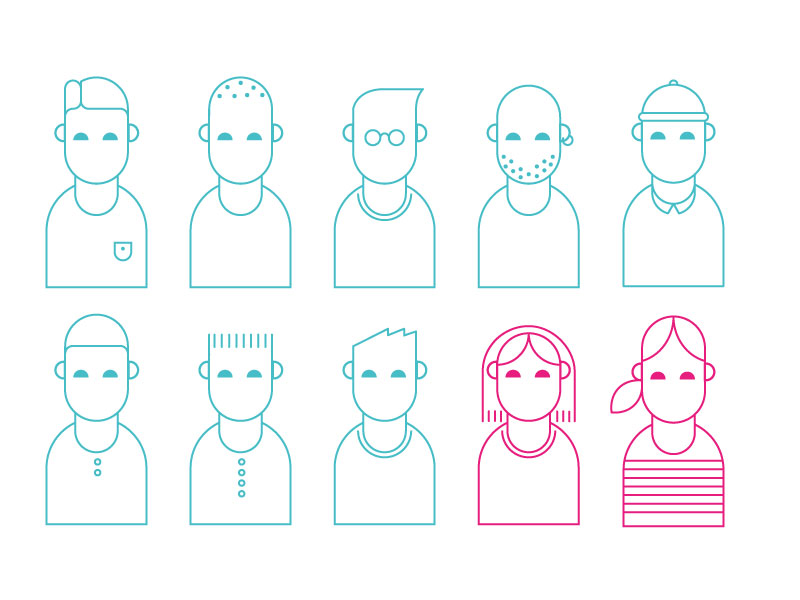 As a woman trying to forge a career in the creative industries, I long to see more women sitting at the table with me, but I recognise the many obstacles, most of which will not be solved by simply leaning in.

For all the daily (male) protestations, this industry is not a meritocracy: unequal pay, all-white male senior management teams, a lack of promotion or development, being talked over by men in meetings, or being treated like the PA – these are just some of the issues women working in digital have to contend with today. Not to mention the harassment many female gamers and technologists have been subjected to.

Despite Sheryl Sandberg’s recent missive to Lean In, there is an undeniable absence of women at leadership levels in most digital companies, and no sign of this changing anytime soon.

In fact, in a report recently in The Economist, Australia, the US, France, Scandinavia, Israel and Slovakia were all listed as countries where women fared better at work than the UK. Mind boggling, particularly when you note that the US doesn’t even enforce paid maternity or parental leave. Even more mind boggling when you admit that we’ve all read the same reports: companies with women on their boards outperform those without, diverse teams outperform teams without women; we create better products and services when teams can understand and design for their diverse customers. All of which begs the question, what kind of company would ignore such compelling data?

Even at ustwo – for the most part a progressive, fun, creative and family-friendly company – there are no global female leaders. It’s something we all – from intern to senior leadership team – are aware of and and are actively working to address.

The first step we’ve taken this year is to ask every member of the company what diversity means to them and whether they think ustwo is doing enough to push for equal pay and opportunity for both men and women. Additionally, we’re also running a series of workshops to redesign how global governance works with diversity as a key consideration. Baby steps, yes, but acknowledging the problem means we're going in the right direction.

Striving for equality and gender parity in the workplace demands and deserves the support of men. And here’s the good news: in the last five years, I’ve met more men who count themselves as allies and advocates for the women they work with than ever before.

My former colleagues @rossio and @higgis are both proud feminists who consistently advocated for their female colleagues when seemingly innocuous decisions were made that excluded the women at work, including sending all male teams to pitch, or only sending men to international conferences. I currently work with several proud male feminists (@wadus and @timkim to name two) – all of whom strive consistently not to interrupt women and work hard to be conscious of their biases.

It’s not just men who need to support women in the workplace. Women need to be looking out for other women too: if you’re lucky enough to have managed to move up a level, you should be holding the door open for the next woman on her way up. That means acting as a sponsor to women you work with, advocating on their behalf, or offering opportunities to them that you might like for yourself. Women need role models, and as Madeline Albright so pithily put it: “There is a special place in hell for women who don’t help other women.”

This article originally appeared in Digital Arts on 19th May 2015.

Nicki leads ustwo’s UK studio based in London. She co-founded Ada’s List when she was on maternity leave because working for better diversity in the creative and tech industry is her personal mission. At ustwo she supports an amazing community of talented designers, developers, product leads, coaches and strategists to create work with organisations that want to make a meaningful impact.