A Little Bit On The Side: Why ustwo Encourages Side-Projects

Jonathan Topf, a Games Artist at ustwo London, spends his days working with our games team crafting incredible interactive experiences. A mechanical engineer and an animation director in previous lives, Jon’s always had an interest in combining tech and art, so when he joined the ustwo games team, he was on his way to fusing those two passions.

Crafting worlds like Monument Valley and Land’s End by day, Jon began to teach himself how to code in his spare time. He began working on a simple Unity-based game that has now evolved into his first solo iOS venture: Trick Shot – A minimalist physics puzzler with 90 levels and an infinite supply of bouncy balls to get that perfect shot. It’s available today on the iOS App Store for just $1.99, has already earned the prestigious Editor’s Choice from Apple and, fair warning: it’s incredibly addictive. Download it today, and learn more at trickshotgame.io

Jon is hardly the first ustwobie to pursue a passion venture on the side, and he certainly won’t be the last. It’s long been a part of our company’s culture to not only support, but encourage our employees to work on projects, even create businesses, that reflect and embrace their interests in their spare time.

There's a reason why ustwo creates our own internal products and ventures, in addition to our client work, and we split our time between external and internal projects. (Where do you think ustwo Auto came from?) The reality is: If you love what you do, and you’re passionate about something, you should embrace it. This is why ustwo wholeheartedly encourages and supports our employee’s side projects. The ability to chase their passions not only fuels them, but inspires us as a team, and reflects positively in the work they create for ustwo and our clients, day in and day out.

Passion projects have emerged from many of our studios. Here are a few other examples of amazing apps and businesses that have sprung from the minds and hearts of ustwobies from around the globe:

NYC-based Product Designer David Fisher and his wife Jana have always loved hot sauce, to the point where they were getting bored of what they could find in stores. The search for new varieties began to consume him, and after a lengthy discussion with colleagues about which hot sauce is the best (Tabasco or Sriracha) and some joking around about how awesome it would be to have a different hot sauce with every meal, the idea for Saucedrop was born: A monthly subscription box with one amazing, small batch hot sauce, sourced from around the world and delivered right to your door.

“Saucedrop began as a bit of a jokey idea, but after sharing it with close friends and acquaintances we had so much positive feedback right off the bat, that we felt compelled to make it happen.” writes Fisher on the Saucedrop blog. “Once we had established that there was a fair amount of interest (we had about 50 signups in the first week, purely on word of mouth), we had to make a decision about whether we wanted to turn this into a viable business, as it required considerable investment in time from us. Luckily, as you may have gathered by now - we LOVE hot sauce, so this question was easy to answer.” 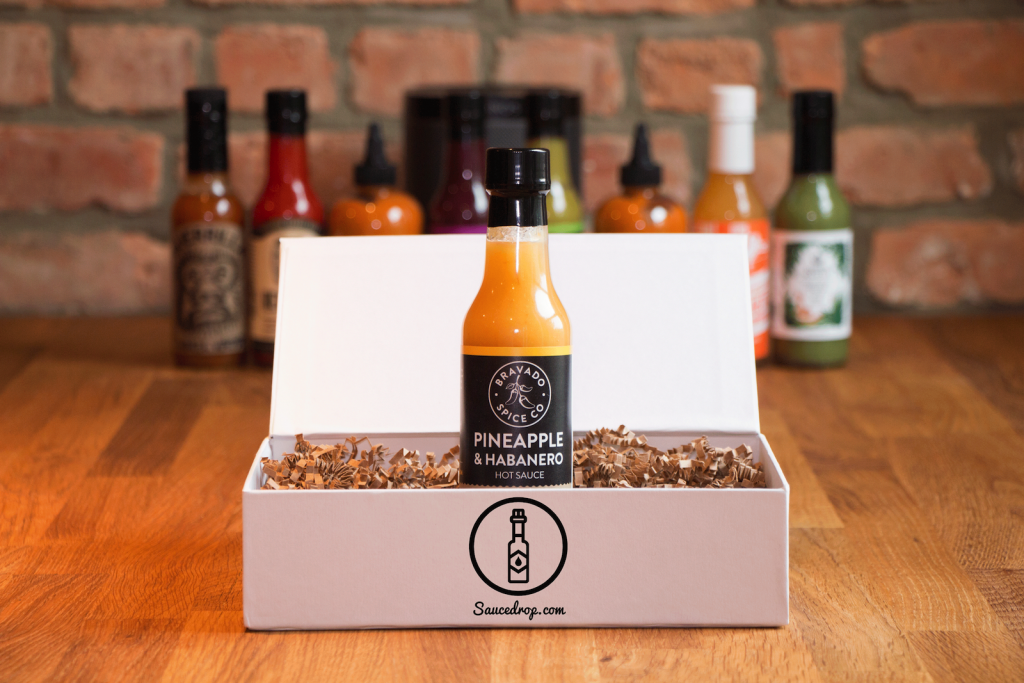 Three months later, the business is still going strong and steadily gaining traction across the globe. “Our customers are highly engaged and we ship our boxes all over the world. We plan to continue growing Saucedrop organically, with some big improvements and additions to our service coming in the next few months as well as some very sexy new branding.” Bonus for NYC-based ustwobies: We get to test drive all of the hot sauces being considered for Saucedrop each month, in addition to a few that David makes himself. Lucky us!

You can learn more about Saucedrop and its path to creation on saucedrop.com. If you love hot sauce as much as David does and are interested in giving Saucedrop a shot, use coupon code 'ustwoblog' at checkout for 50% off their one-time purchase box.

When London-based Visual Designer Alvaro Arregui was approached by a friend who asked him if he’d be interested in working on a side-project for Windows Phone, he saw it as the perfect opportunity to not only challenge himself and learn about an emerging platform, but as a chance to combine two of his passions, design and photography, into a tangible experience that he could share with the masses.

Last October, Nokia had sent Arregui a Lumia 1020 to test out after they had come across his photo project: Taipei: A City Under The Umbrella. Impressed with its DSLR-quality photos, he began to research black and white film, specifically, to experience and understand the differences between what was available to photographers like himself. It was through this research that the idea for BLACKapp was born: A digital black and white film emulator that actually understood and replicated the idiosyncrasies of different black and white films. 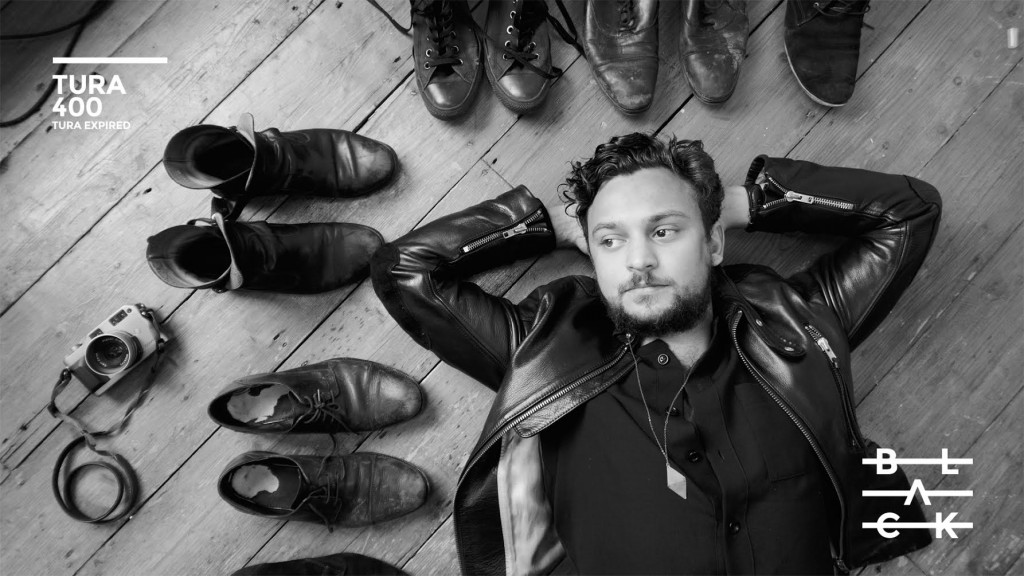 The duo launched BLACKapp on both iOS and Windows Phone, and the reception was exceptional: Over 400,000 downloads across both platforms, and lots of buzz in both the design and photography communities.

“ustwo supported BLACKapp by allowing me to showcase the project internally to the studio, which helped me to receive proper feedback from designers to validate design and interactions.” states Arregui, “At the same time, this inspired others in the studio, and encouraged them to create their own side-project/products.”

You can find inspiration for your own photography projects on blackapp.photo, and download the app today for iOS and Windows Phone.

One of the draws to visiting or living in an international hub like London is the readily available, authentic ethnic cuisine found almost everywhere you turn. But for many, the desire to try these bold and exotic dishes is overshadowed by age-old, menu-centric fears: What exactly is in this dish? How big is it? Is it something I’ll actually enjoy, or regret ordering?

For four London-based ustwobies, this was a problem worth solving, and lead to the creation of WhatTheFood: A service that helps people understand the food they eat at restaurants by providing them with photographs and dietary information about each menu item.

Martin Stolz, Elana Jeeaooo, Ethel Ng, and Harsha Vardhan have spent the last year speculating, discussing and roadmapping what possibilities could arise from an app or service which could help get its users away from the anxiety of dietary restrictions or portion sizes, and allow them to dive mouth-first into new and exotic cuisines without fear. Six months ago, they started development in order to take WhatTheFood from concept to reality. 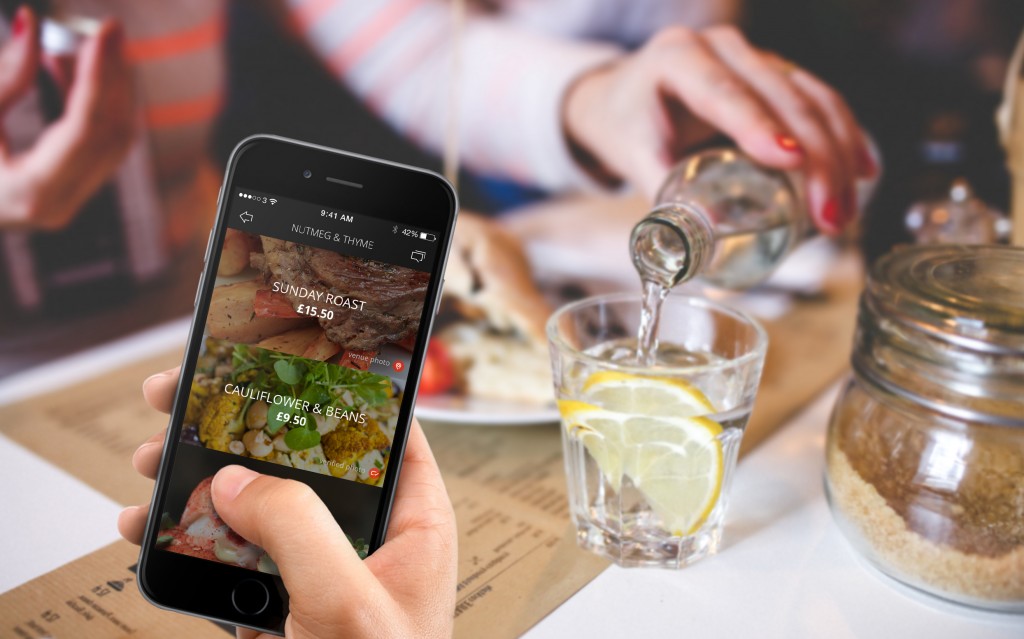 “The approach we’ve followed has been quite user-centered, experimental and DIY.” states Harsha Vardhan, an Interaction Designer for ustwo by day, and co-founder for WhatTheFood by night. “We’ve had to apply ourselves at many aspects of a budding start-up for the first time, from business negotiations to the intricacies of perfect light conditions during a food photoshoot, constantly evolving and fine-tuning the service.”

With freshly unearthed user insights, data-centric hurdles including APIs, diet restriction information, and legal considerations both on user and restaurant sides, the WTF team is over the moon to have just recently launched their private beta to a pioneer group of family and friends.

“The late nights after work and long weekends that the team have put in are finally bearing fruit,” writes Visual Designer Elana Jeeaooo, “and yet there is still so much left to achieve.”

Over the next six months, they’ll be looking for more beta testers from around the world, in addition to early stage investment to accelerate their progress in the coming year. If you’re interested in learning more about WhatTheFood or getting involved, send them a hello at info@whatthefood.uk, or check them out at whatthefood.uk.