ustwoThinks NYC - State of the City

ustwo has been in New York City for almost four years now, having grown from just two people in 2012 to now over fifty. As we grow with the city, we see the technology ecosystem thrive around us almost every day. But it hasn’t always been rosy. We were curious to know what had contributed to this shift in recent years, from fledgling peripheral industry to a strong and vibrant community that anchors many industries in New York.

We invited some of New York’s finest industry folk to our studio for the evening, to listen to four of the city’s truly influential and experienced operators talk about their experiences of building technology companies and teams in New York.

Our takeaways from the evening

Dennis, reflecting on a turning point for tech in NYC

“The vision I grew up with was that Wall Street rules all. Yet in 2008 to 2011 as the financial industry lost its credibility, tech suddenly started to become cool. And we (Foursquare) had a field day recruiting! We weren’t worried about finding talent as we realized we could just reach into finance. We showed people we were doing crazy and interesting stuff and they could be compensated well. Finance going through hardships really led to laying a foundation for the New York tech scene.”

Jess, on the shift of attitudes towards tech

“To compete in a global marketplace, many people in the anchor industries of the city now realize how important tech is. The other day Goldman Sachs declared themselves a technology company! In the 90’s you’d have never guessed they’d see themselves that way. When we think about diversifying the city’s economy, to mitigate against shocks and risks, it is smart to have tech in support of your core mission.” 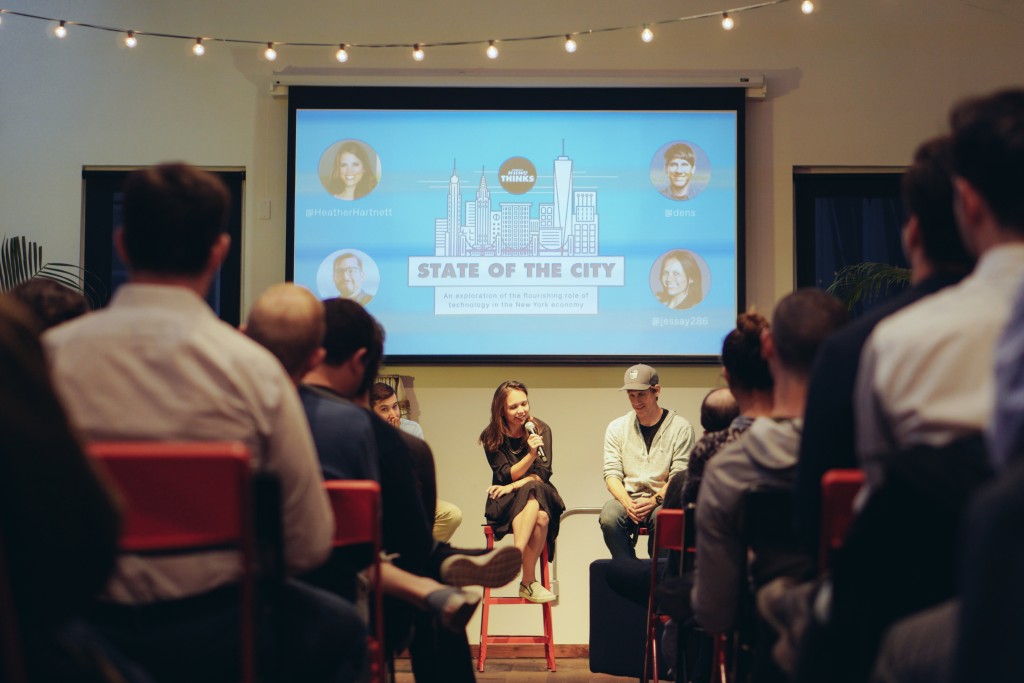 Heather, on the ubiquity of tech in the city

“Tech is so ubiquitous now, that people don’t think of a New York tech ‘scene’, and don’t necessarily identify as being in ‘tech’. Technology is now the defacto way for the pillar industries to build their user base and scale.”

Jess, on the USP of NYC’s diversity

“Diversity is what makes New York a special city. Designing for NY is designing for a city which is representative of the world. Technology has been instrumental in forcing industries together. Appnexus is a blend of finance and advertising - which needed the New York environment to make that happen. Shutterstock, serving customers across the world and offering customer service in 18 different languages - not many cities are capable of that.” 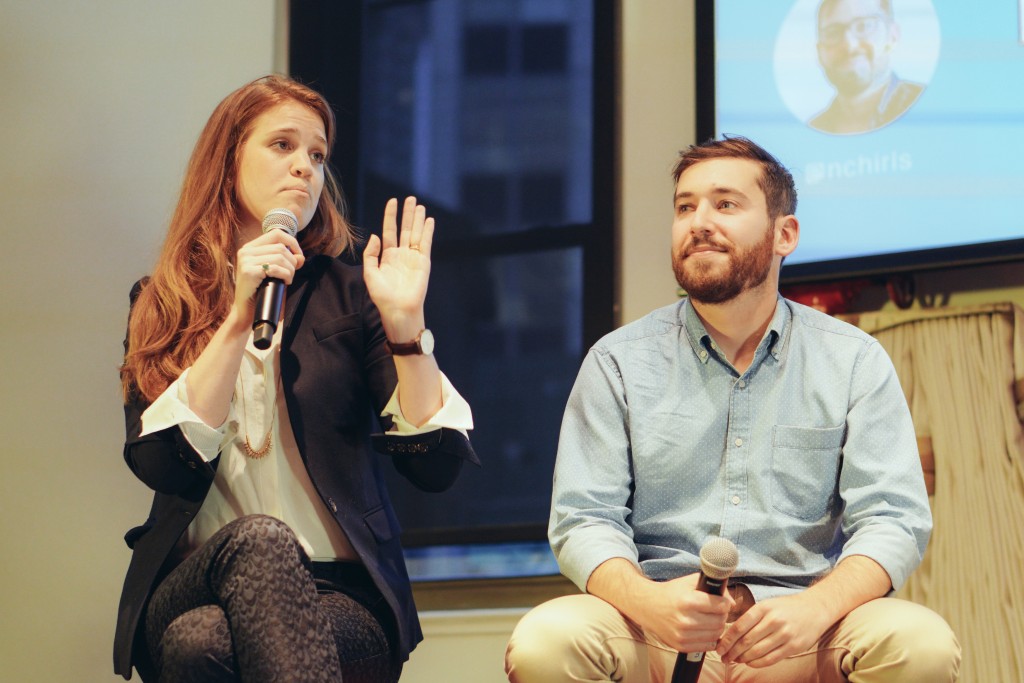 Nick, on venture capital in New York versus Silicon Valley

“NYC is still a drop in the bucket compared to SF. It’s grown pretty dramatically these past few years, but it would be silly to compare the two. That’s not to be diminishing or discouraging to the city, but important to be realistic as to where NY is at present day. I believe it still has some cycles and generations to go before truly being able to compete.”

Dennis, on feeling the effects of multi-generation entrepreneurs entering the market.

“Silicon valley has been going on 50 years. New York is only just getting started in the grand scheme of things. We’re only just seeing multi-gen entrepreneurs arriving into the New York market. Everyone talks about the Paypal Mafia, but the Google, or Double Click, or even Foursquare Mafia from a talent has already proliferated the space. As the capital comes with it, we will really start to see the effects over the next 8-10 years.” 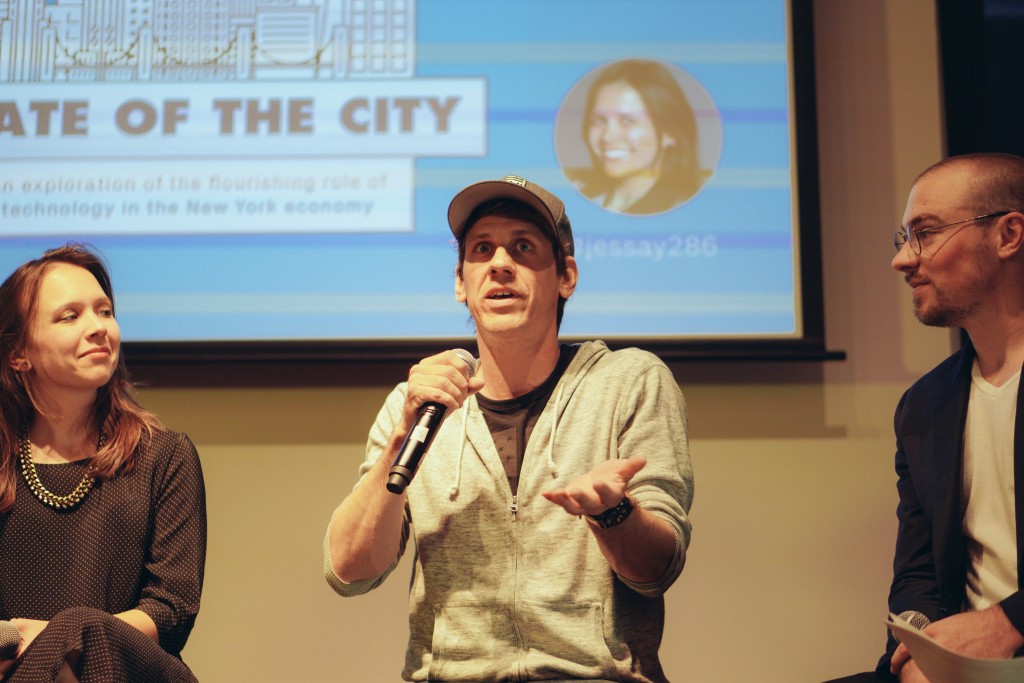 Heather, on encouraging a new generation of founders in New York

“We just need builders! We need to develop and culture people who have that potential - people who don’t think they would traditionally pursue entrepreneurship - and give them the tools and platform to build. Silicon Valley has a network and an attitude that fosters that already.”

Dennis, on the unique challenge of building in New York

“A core part of our thesis for Notation is that NY has built a critical mass of talent - with the likes of Etsy, Foursquare, Makerbot, and others, a lot of those folks have or are leaving and forming the next generation of companies. We don’t need a major tech company for that. Where really major companies can be helpful, is with driving capital back into the ecosystem. If you have a Facebook like event that creates a lot of capital across lot of people, that would be a magnifying moment for the local capital ecosystem.” 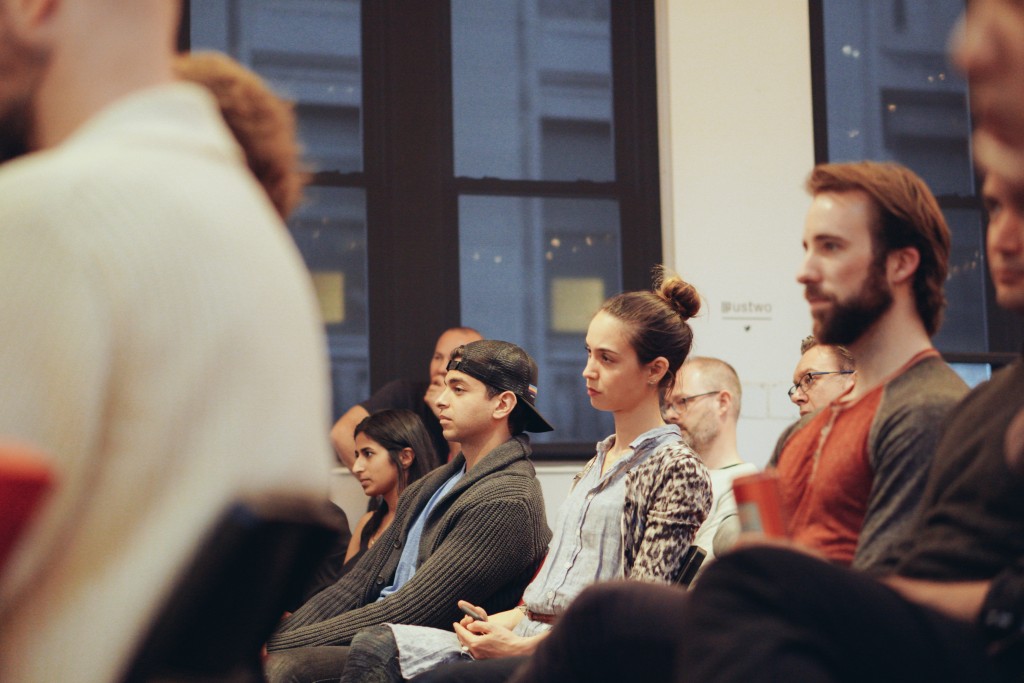 Nick, on Cornell Tech being a major platform for the future

“Cornell tech could be truly transformative. I think right now they have 100 graduates each year, but ambitions for thousands. It will take time to integrate those people into new companies and into the ecosystem, but when that happens it will be hugely impactful.”

Jess, on the city’s efforts to make New York appeal to tech talent old and new

“New York as a city is demystifying as tech becomes cool. It is now a viable place to live after college. It is comparable and increasingly better in affordability to the valley. The city is focussed on quality of life at all ages however - Universal pre-k is an example of where we are thinking about all stages of life, not just college graduates. Computer science for all is another example from the other end of the spectrum and building for the future.”

Heather, on gender equality in the tech industry

“In my eyes, more diversity equals a broader perspective. We do have to put attention on it, sure, but it needs both men and women to wise up. Women can’t keep talking to women about the issues. I am seeing men here in the city increasingly acknowledge their role and as such I feel good about New York’s attitude right now.” 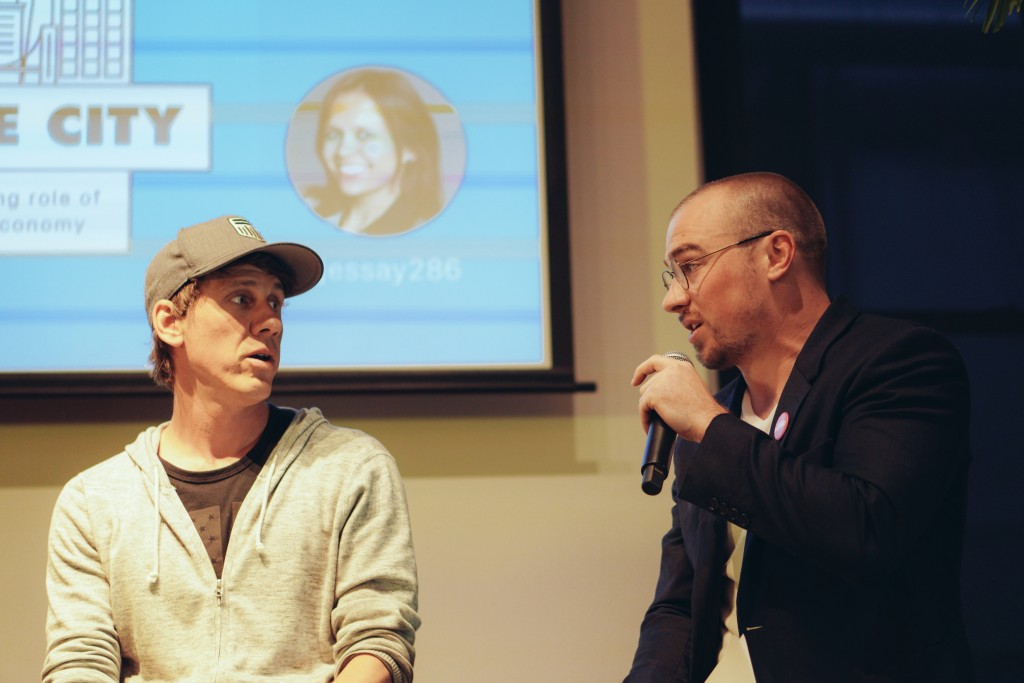 Jess, on the challenge for city hall building a diverse and capable team

“Well there is nothing like having 8.4 million customers with 9 million opinions about services to make you think about diversity. This is something that comes from the top down at City Hall - the Mayor has been a huge advocate for the need for decision makers to be representative of the city as a whole. The reality is, for City Hall it was never even a question as to whether we need to build a diverse team - it is baked into the core mission and function of what we do.”

Dennis, on Foursquare’s attitude to diversity forming over time

“We’ve definitely gotten better as a company, but this has happened naturally over time as the company has become more diverse. We’re now very conscious about addressing potential bias - we’ve been sure to instate both men and women in our executive team. I read a quote the other day, that said ‘It’s not enough for women to have a seat at the table, but to have a voice in the room. That’s why it’s important that this isn’t about just filling a quota.” 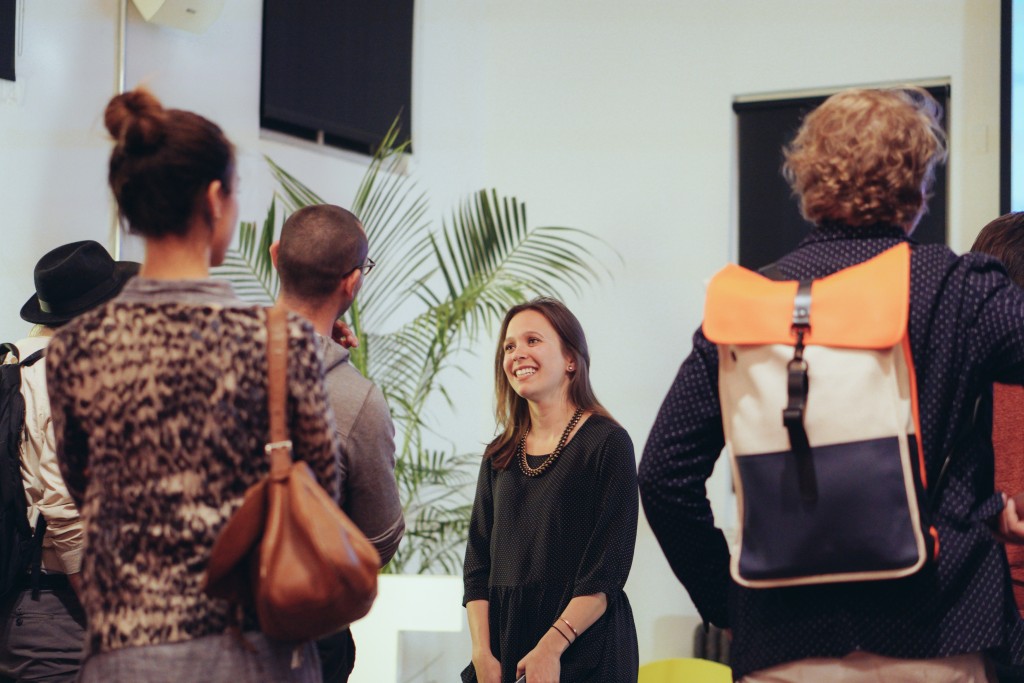 Dennis, on paying it forward

“I think it is important to give back. If you have expertise in something, share! I found it so frustrating in the Dodgeball days, because we had no-one to mentor us or teach us how to do ‘startup’. I try to make myself as accessible as I can. I’m happy to get coffee, give half an hour here or there, to offer advice, no matter who you are. My hunch is it’s experience like that which are helpful to push people to the next level.” 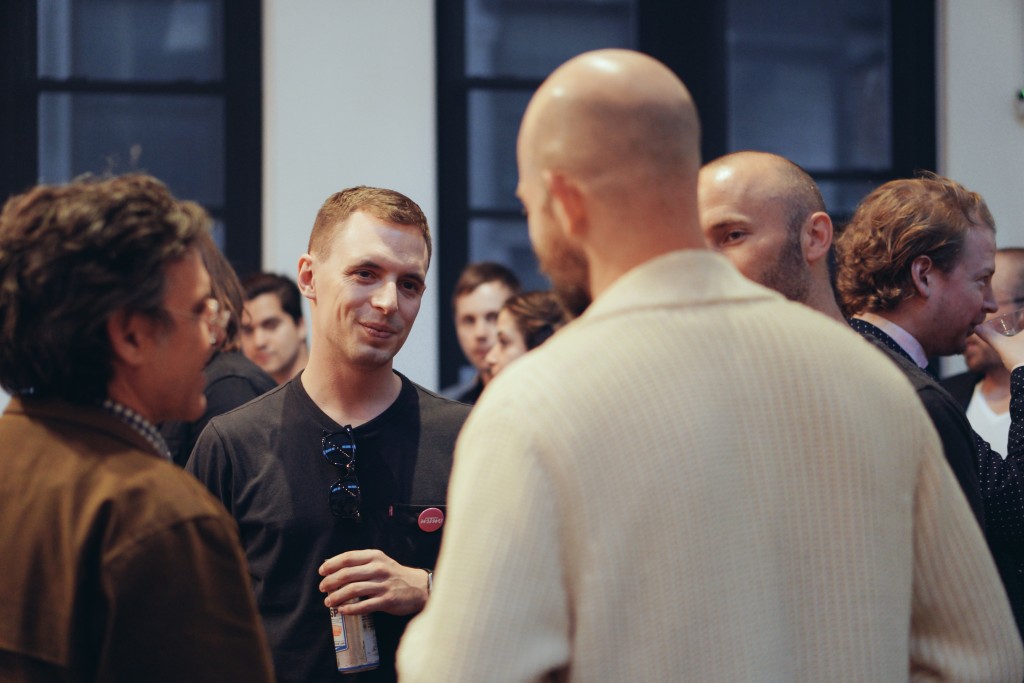