ustwo: What I Wish I'd Known

_This post is a companion to our first 'What I Wish I'd Known' panel – you can read a full write-up and watch a video of the event here. _

As someone just starting out in the working world, there is one narrative of success that I find particularly grating. I have been told – by people many rungs of the career ladder above my own – that they had no idea what they were doing at this stage and ‘don’t worry - it’ll work out’, simply because it did for them.

I see this as either a self-serving comment that downplays their own hard-work or, even worse, illustrates that they are completely unaware of the privilege of being able to trust that things will just ‘work out’. To suggest that they transcended the shit show we call career progression without hard work, genuine talent and a driven approach is unconvincing and unhelpful.

However, deep within this directionless statement exists valuable truth: there is a plurality of pathways to achievement and success. What you’re doing now doesn’t need to be a natural precursor to what you want to do. This is particularly true for those who are traditionally underrepresented in their chosen field and face a steeper climb to reach their goals. Pragmatism, resilience and a commitment to constant learning cannot be overlooked.

We must also consider the human context to the trajectories that we see on paper. CVs are informed by a wealth of experience from both personal and professional sources. David Carson studied Sociology and dabbled in professional surfing before turning to graphic design. Zhou Qunfei – founder of Lens Technology which went public in 2015 with a valuation of $7.2 billion – grew up in rural China, left school at 16 and honed her knowledge working at a factory making watch lenses. Hell, Meg White couldn’t even drum when they formed the White Stripes.

At ustwo, our one team approach to project work is the mirror of a much wider focus on creating a diverse, multi-disciplined organisation. Individuals bring their own education, experience, heritage and culture into the organisation – and excel in their roles as a result.

This is something that we are exploring with our upcoming panel ‘What I Wish I’d Known!’. We are inviting inspiring leaders into the studio to share insights into how what they learned along the way helped them get to where they are now. In the spirit of that discussion, we wanted to share the stories of some of our homegrown talent who have taken equally fascinating paths to success.

Whilst Marit’s current role at ustwo is as a Team Coach, where she is responsible for the delivery and dynamics of product teams, this is only the latest progression in an industry spanning career. After originally training as a dancer and actress, she went on to work professionally in this realm for 8 years, whilst supplementing her career with the industry go to – restaurant work.

The value she took from both these paths is evident. From her dance training, she’s developed an easy physicality and high energy approach which lends itself to her work presenting and galvanising teams, however it’s working in restaurants that arguably had a more transformative impact.

Networking as an actress she was plagued by shyness and insecurity, but working in restaurants where you spend the day approaching unfamiliar customers made her realise the power of anonymity - ‘they had no expectations of me as a person – I was just there to do a job’. From there she learnt how to quickly build a rapport and put people at ease, ‘it was a masterclass in how to build relationships super fast - within a minute - something that has been very valuable to me in my career’. 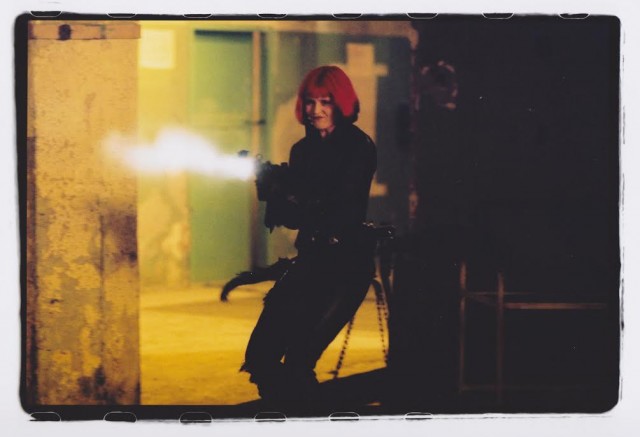 As her restaurant management became increasingly full time and the anti-social hours more exhausting, she began to look for a new challenge. With a self-confessed tendency to jump in the deep end, she made a career u-turn securing a Studio and Project Manager role at a digital design studio by playing up her transferable leadership and organisational skills.

This sink-or-swim approach doesn’t always mean the easiest path. On her first day working in this new role she was confronted with a then for her unknown beast - the ZIP file - and ended up phoning a friend from the bathroom in an attempt to find out what to do with it. Today, she no longer sees the utility in knowing, or fronting like you know, everyone's jobs and celebrates the importance of asking questions IRL. Not that she’s adverse to a good google every now again.

This drive for learning on the job is something that has defined her time in the digital world. It was her extensive experience in Project Management that prompted a disillusion with waterfall methods and a move to agile. Rather than a course or retraining, she ‘read a shit load of books’, continued learning by putting this knowledge into action with teams, as well  as engaging with the coaching community to make her final transition from Project Manager to Agile Team Coach. Gradually, she has found a sweet spot between doing, learning, improving and making change.

There are discernible themes running through Heather’s CV: tech and innovation, helping leaders, developing teams and individuals, digital and innovation. Heather has found working on contract and project roles suit her best. Her role at ustwo, Learning and Development Lead, uniquely deploys both her experience of product delivery and know-how for facilitating continuous improvement on both an individual and organisational level.

So how did she get here? Rewinding back to the summer of The Da Vinci Code, Heather was working at Borders in the very same position once held by #GirlBoss Sophia Amoruso. Whilst not her first job (no one mention envelope stuffing) she credits the training given for this role as giving her foundational insights into consumer psychology. It also allowed her to sustain her love of learning because of the big discount on books.

Incrementally, she built on these early workplace experiences by developing diverse skills and building a network. It has always been meeting new people that has lead to opportunities. This journey has taken her through different industries, organisations and contract models.

Heather says her biggest career influences have been the female leaders who she's worked with, most notably Dame Mary Marsh, founding Director at the Clore Social Leadership Programme. Mary’s motto – advice to developing leaders – has always stuck with Heather: ‘Know yourself, be yourself, look after yourself’. 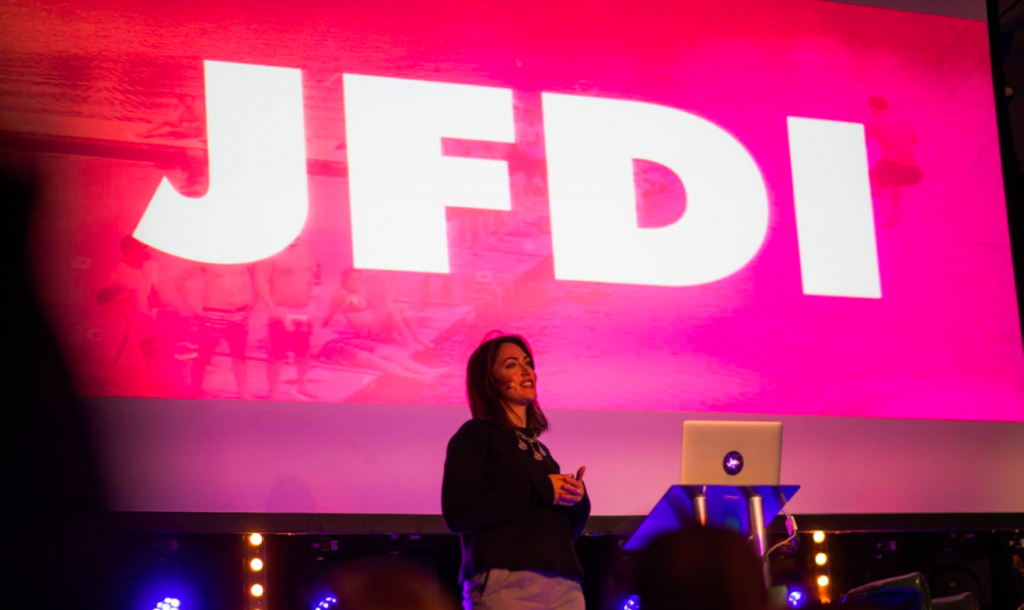 Heather’s advice to young people just starting out is to think about how they would like to spend their days and the impact they wish to have, rather than focusing on job titles. When considering next steps, she reflects on what she would like ‘more of, less of, the same’ in her next position. This allows her to adjust her focus, based on changes in context and experience. She likens this formula to a product team using ‘stop, start, continue’ in their retrospectives.

Her pliant approach to work will only become more common in the context of the uncertain future of work. Heather believes our key assets will be transferable ones – being up for flexing, a willingness to collaborate in teams and across disciplines, being able to boost your concentration in an age of distraction, adapting your knowledge and skills to stay relevant. And whilst this is a challenging ask, ultimately, she feels that the uncertainty is an opportunity to tap into.

Ethel joined ustwo as a full stack developer shortly after she graduated university – with a degree in Politics, Psychology and Sociology. Not coming from a computer science background, a career in tech wasn’t planned from the off. It was a decision she came to later in the day ‘I had no idea a job like this existed or I could learn to do it’.

She credits some thoroughly convincing statistics from Makers Academy (MA) detailing the tech talent shortage for inspiring her move. She enrolled in a three month web development bootcamp at MA which gave her foundational knowledge and, more importantly, ‘lots of tough love on finding answers for yourself’. In turn, this has helped her get the most of her time at ustwo where she has continued to learn on the job with the help of her colleagues and her own research.

Whilst in hindsight Ethel’s transition to tech is more decisive than our other interviewees, it is still evident she draws from her varied experience to inform her role as a developer – especially in the context of ustwo and their embrace of the agile process. Instead of working in siloed teams she is able to become actively involved in sketching sessions and product conception, which allow her deploy her hard won sociological insights.

Despite the appeal of this for a multi-disciplinarian like Ethel, it didn’t come without its own set of challenges ‘I found the responsibility and freedom of being a solo developer in a product team terrifying when I first started out’. Instead of initially internalising this struggle, she wishes she had been more outspoken about receiving concrete and immediate feedback from the off which is this she has come to particularly value in her work now.

As someone with a competitive nature who is motivated by big ideas, Jess’ industry-bridging work is something that comes naturally. From music production, to think tanks and digital products – her career is defined by its breadth and diversity. Yet she maintains there are thematic consistencies that allow her so see her career holistically: ‘the things that sustain you and drive your choices are deep motivations in your character, be that nature or nurture’.

Communication, human issues and entertainment are all thing that initially drew her to training as a theatre director after graduating with a degree in drama. These very same areas of interest continue to underscore her day-to-day as a Client Lead at ustwo. Direct parallels can be drawn from the teamwork of putting on a production to the group synchronicity needed to deliver digital products. Similarly, the human-centred focus of ustwo satiates the same desire as theatre for making something that adds meaning to the world. Anyway, in the case of ustwo, the studio is a place of theatre in its own right.

Jess had an early introduction to the world of tech. As a recent graduate facing a hostile job market, Jess launched a music production company in partnership with her sister. In this forward-looking industry they became early adopters of the internet and natural proponents of the benefits of going digital. This contextual understanding of digital applications also helped define her work at Centre For London, a think tank she was involved in launching, where she contributed to authoring Londons Digital Future: The Mayoral Technology Manifesto. 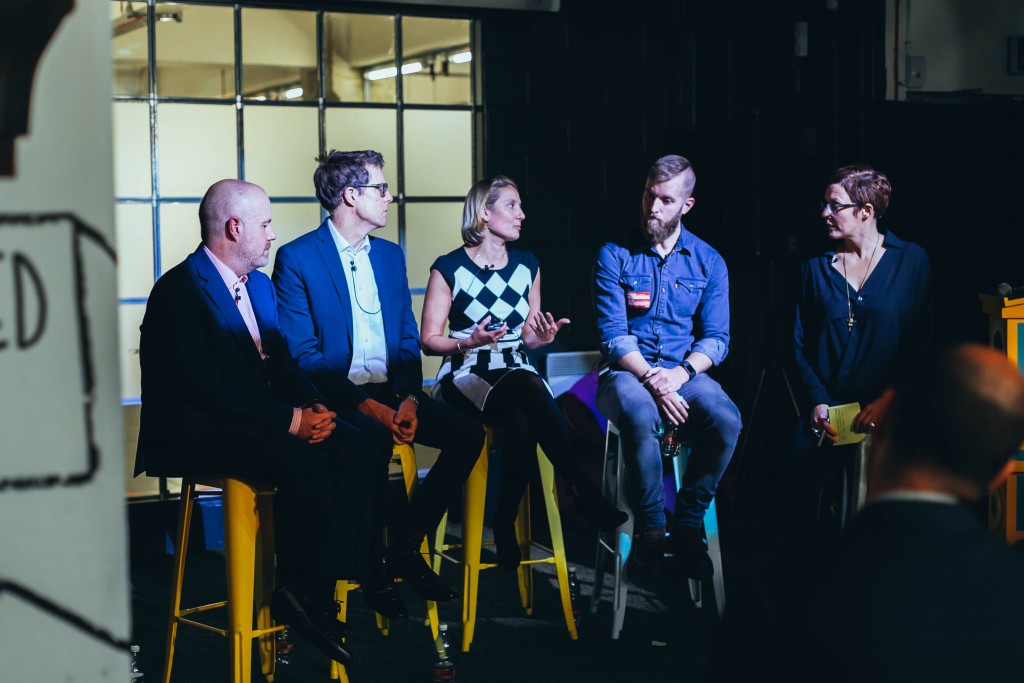 Jess has an exploratory approach to the world, which has helped her traverse through a number of industries, with a common thread of interests binding those experiences together. Resisting the impulse to pigeonhole herself in one profession, Jess has come to learn that ‘you can be good at what you do, but that doesn’t have to define you.’

In-line with her knowledge hungry outlook, she is currently undertaking her second masters – an MA in Digital Design Management at Hyper Island – as a way to continue to motivate herself, bring new value to her role and build a polymath portfolio.