Two rather random quotes came to mind in writing up the second ustwo Thinks event: "Build it, and they will come" (yes, it's a slight misquote), and "I know it when I see it." The first describes the arguably misguided approach to 'building' a work culture from above, and the latter speaks of the difficulty of measuring 'good' work culture, and the value it generates, even though we all know when it's working.

With standing room only before the event started, we could see that this topic attracts real interest and exercises the minds of people in all sorts of industries – in tech and beyond. 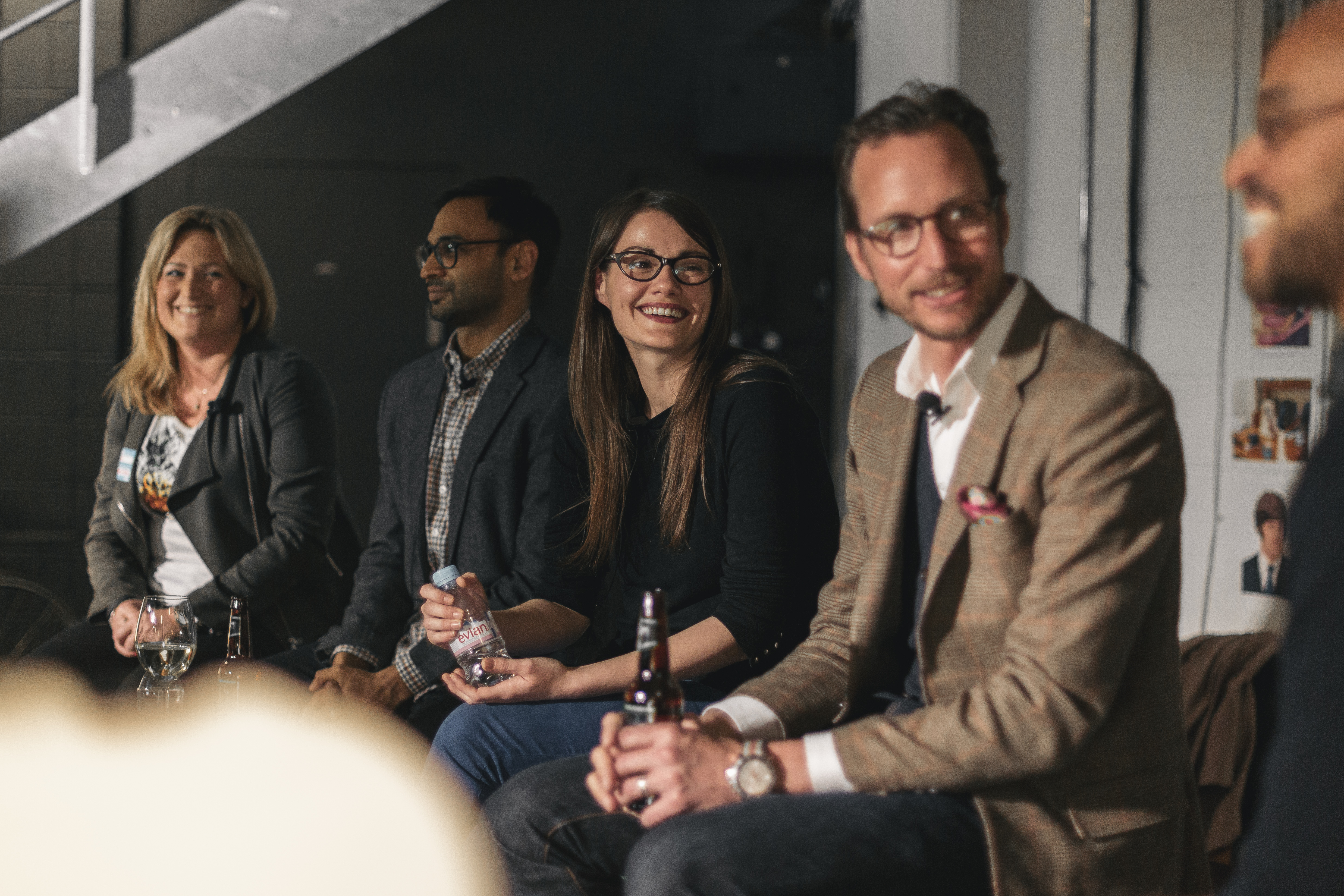 The panel all agreed that culture was extremely important. Rob Brown, Global Head of Design at Barclays, said that "culture is critical to us, and it’s a difficult one in a 350 year-old financial institution." For example, "when you’re trying to convince a designer to come and work in Canary Wharf … culture drives the biggest part of that. They want to know what’s the environment like, what’s the leadership like, what’s the floor I’m going to be on like, what am I going to be working on?”

Francesca Dean, Program Manager at Campus, Google’s centre for start ups explained that "culture is very important to Google – we talk about it a lot, we define it and we critique it." Building on that, Samir Patel, Head of Creative and Delivery at Blue State Digital, said that

culture is who we are – it’s based on actions and represented by what you do and not really what you say.

Collin Lyons, Projects Director at ustwo, and in the chair for the evening, moved the discussion on to ask whether culture gives you a competitive advantage. Francesca felt that “for Google the culture of innovation is really about bringing together great people to do great things … but there is a close relationship with profitability – a culture of innovation gives you a competitive advantage.” She identified '20 per cent time’ as a key driver of innovation at Google, noting that Gmail, the Campus project and other major products came out of it. Later on, Gillian echoed this with a discussion of ustwo's Invent Time and own IP projects – such as Wayfindr – which mix together a culture of learning and experimentation.

A company's culture may have a big impact on the types of work it can, or will, do. Samir said that at Blue State Digital “we are a progressive organisation, we wear our values on our sleeve, so in the States for example we don’t work with Republicans – we work with Democrats. We don’t work with firearms and we do work with non-profits. But that in itself is not necessarily inclusive. So it’s even more important that we do bring in people with diverse backgrounds and diverse opinions because … we want to make a difference in the world and we believe that differences help make a difference.”

Who Should Own Culture in an Organisation?

Gillian talked about how, for ustwo, the culture started with the founders, saying that "as we grow, it does have to transition on to others. In an ideal world culture is the responsibility of all the employees – when you get to a bigger size HR is typically put in that spot but it cannot be on one person or one team to embody the culture." She described the importance of having team leaders who embody the behaviours that the culture lives by.

The idea of how growth, size and maturity of a company makes a difference came up several times. Smaller companies may be able to use the cues and direction provided by founders or inspirational people, but for established and entrenched companies this may be a challenge. For Rob, the leaders, in a cultural sense, needed to come not from the executive level, but rather the newest, youngest, brightest and most innovative people. 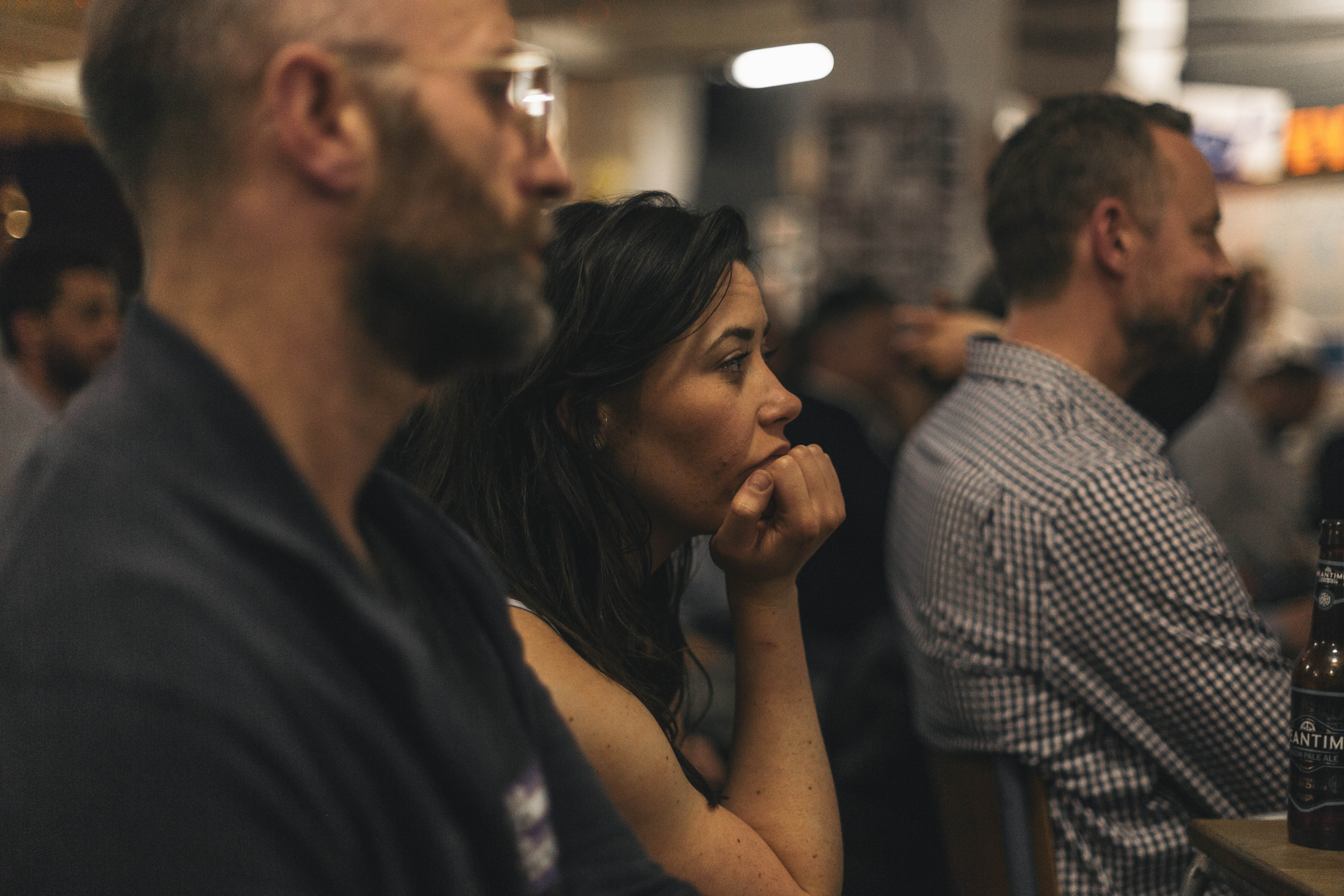 The panel took a question from audience – "how do you navigate when your department’s culture is different from that of the larger organisation?" Having already described the challenges that his relatively new team and ways of working face within the overall framework of Barclays, Rob went on to explain how things can translate across departments, saying that “a lot of the things we build within our design team go against the established Barclays culture. But we’re all just people, and other colleagues come in to our lab and say 'this is cool – I didn’t know this existed.' So it happens organically as opposed to me going in to the CEO’s office and saying we should try to change things."

Another question from the audience related to how you might measure the success, or value, of your work culture. They suggested to the panel that "it’s difficult to measure, though you know when it’s going well. The only way to measure it is perhaps the churn rate – when one studio has people leaving after a couple of months and another has people staying for years.”

Francesca said of Google that “culture can change the metrics of what you perceive success to be.” She suggested that you could look at what products are developed, from something like 20 per cent time, or what cross-functional teams are developed, saying that “there aren’t existing metrics that capture it, so it’s about thinking about it in a different way.”

But do we actually have an obligation to find ways to measure it? Should we be even trying to do that? Collin put forward the idea that perhaps, in the future, we might find that working towards developing company culture gets ’squashed’ because there is no way to demonstrate its value. Francesca’s response was to say we need to look not at directly measuring culture, but at the outcomes.

Continuing the theme of measurement, Collin asked the panel to consider the role, and cost, of physical perks for company culture – the cliched table football table, the beer fridge and so on. Samir’s opinion was that culture is dependent on what you believe in, rather than the perks of the environment, and talked about having enjoyed great company culture even when working jammed together into a small space. Having the camaraderie and a common purpose overrode the lack of space, or perks, designed to foster a particular culture. He said that "we don’t believe we create inspiration – we believe we create the conditions for inspiration.

if you’re doing great work then you’d like to think that’s a reflection of who you are, what you believe and what your culture is.

The panel considered how, if you’re in a work environment that you don’t like, and want to change, can you do this in an authentic way?

Gillian argued that “you don’t just put plants and nice artwork up – that’s not culture. Culture is fundamentally the behaviours that people are exhibiting and the values they are living by – not the ones on the wall but the ones that are actually rewarded.”

Rob pointed out that you need to 'make it ok' to do things differently. If you want to develop a new and authentic culture, you ought to be saying - “that’s ok.”

Returning to the theme of growth and culture, Gillian talked about authenticity when a company is expanding, saying "it’s important not to be rigid. When ustwo opened new studios in Malmo, New York and Sydney – although you can see a common thread of shared culture in each – there was no ‘culture handbook’." Later, Samir returned to this theme and agreed, saying that although everyone is responsible for culture “you do need some stewards and facilitators, and some of this needs to come from ‘the top’.” He identified diversity statements or cultural statements as possible ‘signposts’ for a company.

Samir explained that Blue State Digital feel that they are “always in beta” and, although that brings some frustrations, it’s vital if you’re always trying to find a better way of working. His watchword was "always be testing." Gillian identified the importance of a learning culture, particularly at a studio that has worked primarily for clients, if you want to keep creativity high. Developing own IP products like Rando or Monument Valley come out of making time for learning.

This led on to a question from the audience about a company's vision, and what part it plays in culture? Francesca talked about her experiences with start ups in Google Campus. Though culture comes from everybody, vision is more the responsibility of a founder – and so in that scenario is important in setting the scene. Founders may have "attitudes, or rituals, that employees then see and understand as that company’s culture."

vision is where we want to go. Values are the behaviours that are going to get us there, and from those values and behaviours you create a culture.

An member of the audience commented that it is perhaps easier to measure the cost of ‘bad’ culture, giving the example of burning out a team so that they decide to quit. This led to a discussion about the importance of making permanent hires against a reliance on contractors. Taking a whole-team perspective, Rob highlighted the need to make sure a good proportion of your team wants to be there for the long term, both in terms of culture and IP retention.

Collin wrapped up proceedings by drawing out some of the key points – that work culture is everyone's responsibility, that it's more than the perks, that you need to make it authentic and tie it to the work you're doing and, finally, that if you're looking to measure something you can start with outcomes, whether that's employee retention or the products you've developed.

The next ustwo Thinks event will be on Thursday 10 September. If you’d like more info, drop us a mail at events@ustwo.com.