As detailed in a previous post, we fell in love with the Lumias we were generously given by Nokia to trial. In a bid to learn more about what could be “the third platform”, we took a dogmatic approach to porting Happy Snapper to WP7, working strictly within the confines of Microsoft’s guidelines (PDF) to better know the platform. 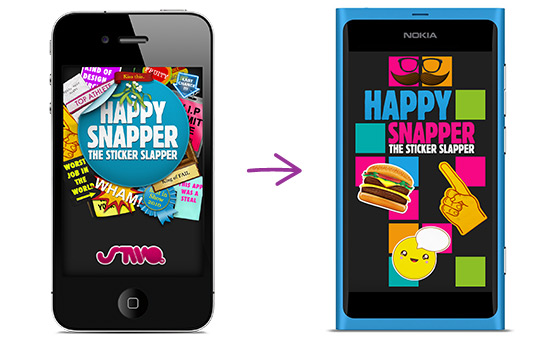 Metro was bravely designed with content at the centre of the experience. The resources available online allow vendors to quickly get their content into an elegant and usable app much easier than they can on any of the other major mobile platforms.

Comparing Monocle’s content-rich app for both iOS and WP7, it’s easy to see which one wins out. 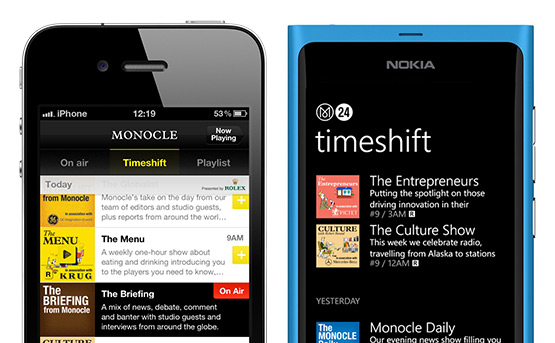 However, Happy Snapper is an app which doesn’t have much content itself—its primary function is for users to create their own and share it.

Whilst there was an abundance of helpful, well-detailed guidelines assisting people to get their content to the platform, nothing existed for us to base Happy Snapper on.

As Happy Snapper wasn’t structured like a content-centric app, we needed to tweak its interaction model to suit WP7. We created our own custom flow based on the WP7 camera UI, an approach which wasn’t documented in the guidelines. 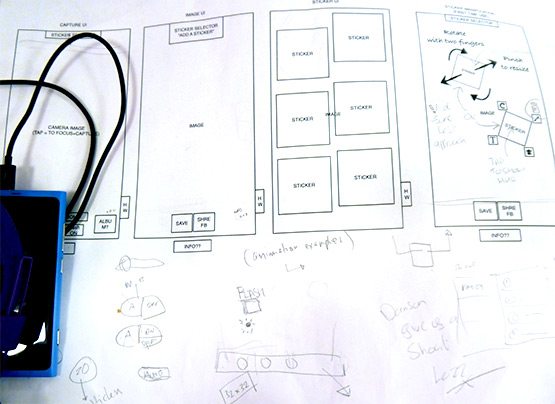 On iOS and Android, Happy Snapper used the app chrome to instruct users how to use the app as well as to express its personality. The chrome was brightly coloured and used texture to create a warmth that we couldn’t replicate if we were to follow the Metro guidelines to the letter.

With Happy Snapper on WP7 shaping up to not have any chrome, we needed to find other outlets to express Happy Snapper’s quirky nature. 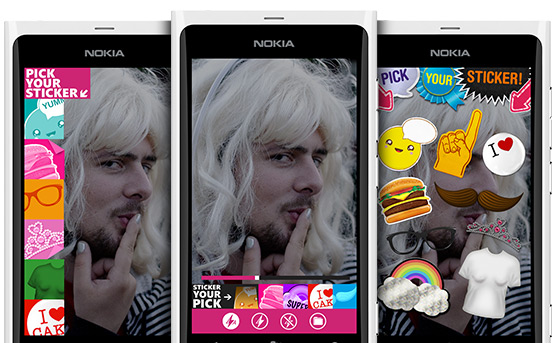 By removing chrome and making content the UI, WP7 shifts the responsbility for the appeal of the app from the designer to the content provider. With an app like Happy Snapper, the designer’s hand can still be seen in the stickers but for a more content driven app, the role of the designer, whilst still necessary, is very different to that of a designer on iOS or Android.

From our collective experiences with WP7 thus far, the Metro UI guidelines are great for novice designers and developers or brands that need to get an app into the marketplace quickly.

WP7 is much younger than either iOS or Android, so there’s still plenty of exploring to do to come up with a UI that satisfies both Metro’s chrome-less conventions as well as get our quirky personality across.

However, and perhaps this is our attachment to chrome talking, we think that sticking too closely to them, like any rule book, can lead to homogeneity. Although it’s only when one’s learnt the rules that they can then go about breaking them.

Porting Happy Snapper to WP7 has proven to us that moving from iOS and Android’s chrome-driven UI to Metro’s content-driven UI does require shift in mindset, but one which we’re better equipped to deal with now.