How do you distil three ustwo studios down in to one fresh holiday cocktail?

The summer holiday has been part of the ustwo™ experience from the very beginning. In previous years, the ever-expanding holidays have taken us to Wales, Cornwall, Fiskecampe in the south of Sweden (so nice we did it twice!) and, last year, Cascais in Portugal. 2013 marked the next generation of ustwo™ summer holidays. After nine years bringing together London and Malmö, we had the added ingredient of our shiny New York studio in the mix. 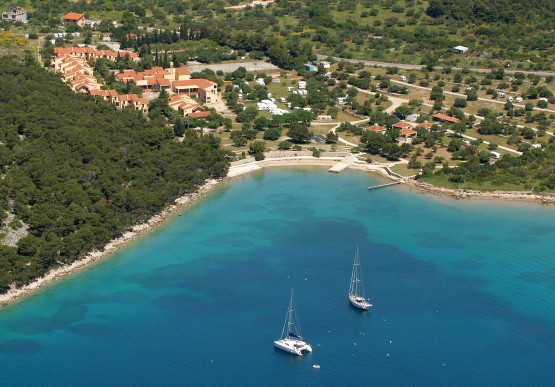 The holiday is eagerly and not so patiently awaited as a time to unite ustwo™ brothers and sisters for their once-a-year opportunity for true togetherness, in a blissful location to soak up some Fampany vibes. The holiday is a singular event in the company calendar that crystallises the true sense of Fampany.

This year, Croatia became our home from home. Three studios, three nights; 135 night-swimming, flat-out sunbathing, bar and BBQ-hopping ustwobies took over Rastovac resort near Tisno. Not your average corporate knees-up, but a special few days of creative thinking and drinking together. Each year the theme is simple: spend quality time with your fellow ustwobies. Make new friends. Build strong bonds and most of all, have an amazing time because you deserve it. 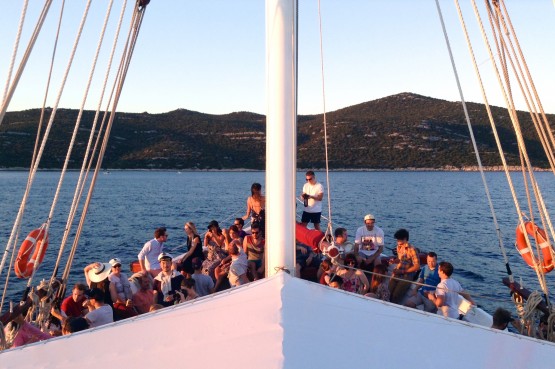 From our point of view in the organisational committee (our very own ustwo™ ‘culture club’), we knew that this year was going to be a bigger fish to fry than our previous successful holidays. Portugal was going to be hard to top, so we had to pull out all the stops to make sure Croatia was blowing any previous holiday experiences out of the water. We had a huge undertaking on our hands: 135 attendees flying out from several different countries, finding accommodation to fit us all, and trying to ensure that all ustwobies with different interests and outlooks had a brilliant time together, no matter what.

The Power of Music

The solution to the problem was simple though. MUSIC. A common theme that seems to run through all ustwo holidays is the one essential tool with which to bring everyone together. We equipped a group of our budding ustwo DJs with the set up they needed at the ustwo™ beach bar, situated overlooking a beautiful Croatian cove and distant islands, and let them run the show. With music flows beer, eclectic dance moves, laughing, singing, hugging and an instant physical and emotional connection between the group. 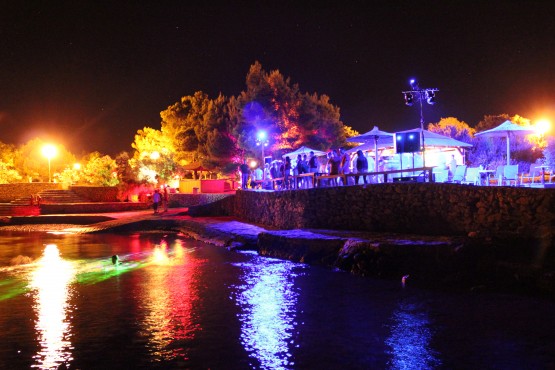 The ustwo™ holiday includes everyone, and we took seriously the potential to help create lasting bonds across the three studios. A handful of wide-eyed recent hires joined us, including one whose very first day began at Gatwick. There’s nothing like being thrown in at the deep end.

Our holiday presented the opportunity for some friendly competition amongst ustwobie teams. With the teams in place, we took a leap of faith and entered everyone into a “ustwo™ Olympics” where teams could race it out in three legged or flip flop relays to win the all important points at the end. It may have taken 40 minutes to raise enough gusto in our hung-over ustwobies to take part, but once the teams were lined up for the first race - you couldn’t hold back those who wanted to bring glory to their team. 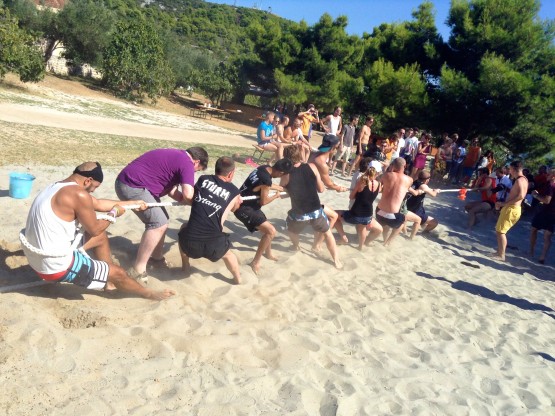 We couldn’t round off team sports without a Tug of War for the winners, and for the unfortunate losing teams, a nomination, or sacrifice, was made for the Chubby Bunny victim. Never underestimate the power of HR and a kilo of Marshmallows. 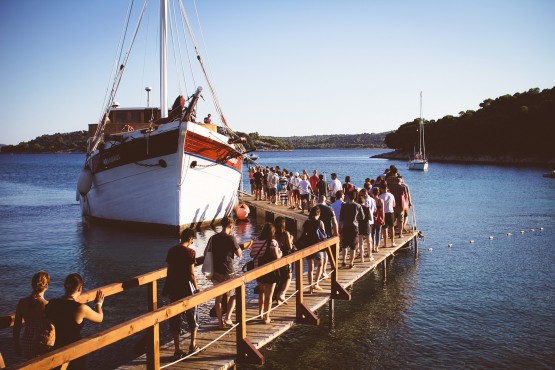 Before we knew it, the sun began to set on our final day in Rastovac, our ustwo™ holiday finale arrived at the jetty. A huge 150 person Party Boat, with an army of bartenders and shipmates hauling crate after crate of beer and spirits into the cabin. The ship took us out for an awe-inspiring trip around the Croatian islands with a sunset view, a school of dolphins swimming alongside and on board DJs setting the scene for our final night of partying on board. 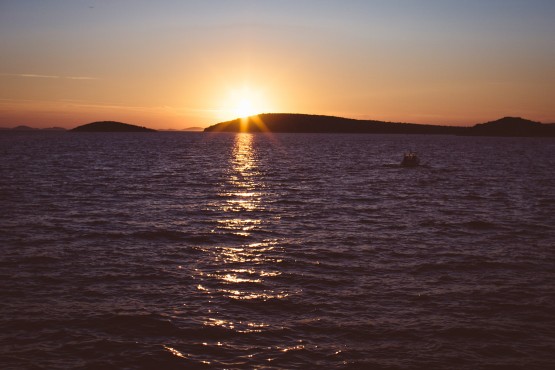 We’re all hyper connected by mobile and online tech, comfortable in the company of our digital companions with the names and faces we know and speak to so regularly. Yet there’s nothing else like stepping back and really engaging with each other within the holiday bubble. It’s deep in our DNA, so even as we grow – and it gets ever more complicated to make happen, we’ll keep stepping up to produce something amazing.