The Future of In-Flight: Part One

In-flight entertainment (IFE) is a very expensive, short sighted proposition for airlines. The focus of IFE is predominantly entertaining and pacifying passengers at their seats. This is particularly important on long haul trips, where passengers are confined to their places. With few inches of personal space, without IFEs, the only reprieve is a walk up and down the aisle when the thought of Deep Vein Thrombosis comes into the passenger's minds.

It wasn’t always like this. Back when airships were in their golden age passengers enjoyed ocean liner-esque levels of comfort. The in-flight entertainment was live music, freshly prepared meals eaten at dining tables with the finest cutlery, high-brow conversation and a cocktail at the bar whilst watching the world float by below. 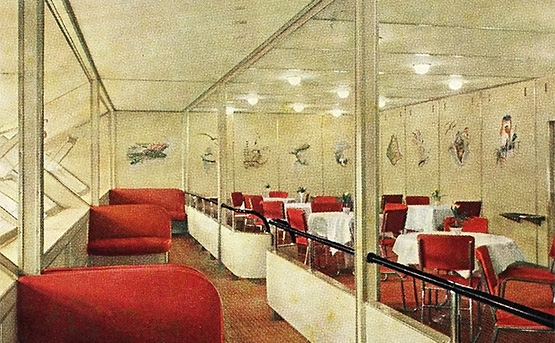 While some of this may still exist for the lucky few within first class, the pioneers of commercial air flight realised that the key to their fortunes was to fly as many passengers as possible in the shortest time possible as frequently as possible. Oh, and being as light as possible doesn’t hurt either.

Traditional In-Flight Entertainment systems were about at-seat passive media. Back in the 1960s, this was film. Reels the length of the airline cabins served projectors hanging from the ceiling and sound was delivered via pneumatic headsets—stethoscopes attached to a big pipe connected to a speaker. These days, electronic in-flight entertainment systems offer many other options and choices to keep passengers’ minds occupied and their bums in seats. However the goal and solutions are still the same: Pacification accomplished through traditional linear media. 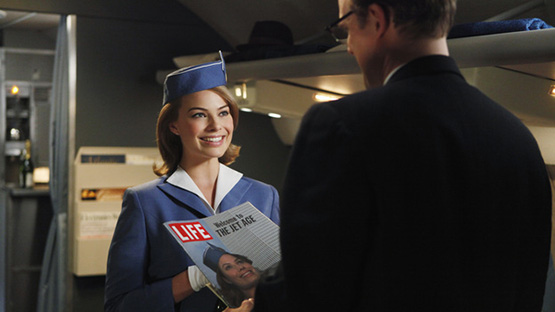 Weight and complexity make in-flight entertainment systems one of the most expensive components of airline configuration and maintenance, second only to engine maintenance (on a single-aisle aircraft, for one unnamed European airline). Choosing an in-flight entertainment system, collaborating with seat suppliers, and installing into a new airliner can take 18 to 24 months and cost between two to five million dollars. By consumer electronics standards, which is what passengers will judge the quality of service by, the system is already out of date before the first passenger flies.

Technology and people’s expectations have evolved and outpaced what current systems can offer. As passengers traveling with personal devices becomes the norm, on-board connectivity will become the feature du jour to enable systems that rely less on pre-installed units and pre-loaded content and more on letting passengers use their own devices and streaming content wirelessly on board, with newer IFE systems providing USB sockets for charging purposes. New systems from Panasonic allow full browsing and playback of media stored on an Apple device through the at-seat system. Wireless Internet has become a reality, whilst live TV broadcast and broadband internet connectivity is being rolled out and tested on multiple carriers. 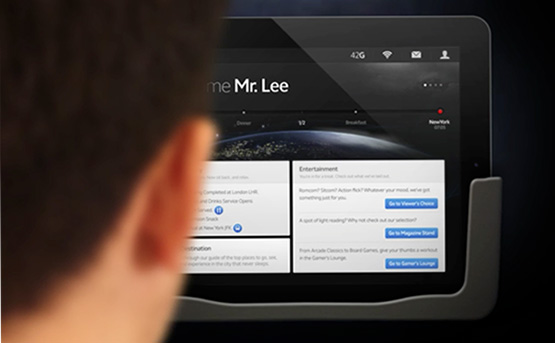 This perfect storm of technology marks a potential tipping point that could enable airlines to fundamentally change the concept of in-flight entertainment and extend their services before and after the passenger journey.

To start a conversation with the players within this industry, we created a concept called ‘Concierge’. Next week, in part two of our exploration in what the future holds for airlines and their customers, we will show the concept we took to the Aircraft Interiors Expo, held in Hamburg in March 2012.