Dementia is a big, scary problem. It's widely understood that the populations of developed countries are ageing. As we live longer, we can expect to be increasingly exposed to dementia, whether it’s someone we love or ourselves. In Britain today, 850,000 people are living with this disease, and by 2025 the figure will increase to over 1 million and continue growing exponentially. It is a universal condition that doesn’t discriminate on socio-demographic measures – everyone is at risk.

The Alzheimer’s Society states that activity and engagement have “huge impact on quality of life and affect important outcomes including mortality.” Furthermore, the report found that the median resident in the twelve care homes they studied spent just two minutes or less across a six-hour shift communicating with their carers – an exceptionally small amount of time.

Spend time around professional care workers and you soon appreciate the extent to which paperwork features in their day. The impact is not trivial. In 2014, the Joseph Rowntree Foundation concluded that paperwork in care homes can “actively prevent the delivery of good care…mainly through reducing the amount of time staff members have to undertake other care responsibilities.”

Bridging the gap between theory and execution

In early 2015 we met with City University in London, who have been developing a natural language recognition tool to identify trigger phrases in a carer’s notes and prompt further action.

We knew we could bring our expertise in user behaviour to the table. Our aim was to merge together City University's knowledge and technology with the practical, everyday requirements of being a carer. By doing this we hoped to create an easy-to-use, relevant and appropriate digital product that would significantly reduce the amount of time that carers and management staff have to spend documenting with pen and paper. It should also help improve care and care decisions by eliminating the need to grapple with huge, unwieldy folders of paperwork to join up the dots both for internal purposes and relatives.

We were keen to ensure that anything we designed was a meaningful solution, and we had the opportunity to work with a very forward-thinking care home, Nightingale in Balham. Staff participated in designing and trialling the app. Interviews with care staff, immersive on-site and co-creation sessions let us focus on a representative area of reporting (‘activities’, a barometer for a resident’s wellbeing). This focus would help us to produce a functioning prototype in a short space of time that could then be tested. This tool would use City University’s algorithm to provide a safety net, analysing carer’s notes and prompting further actions when required. 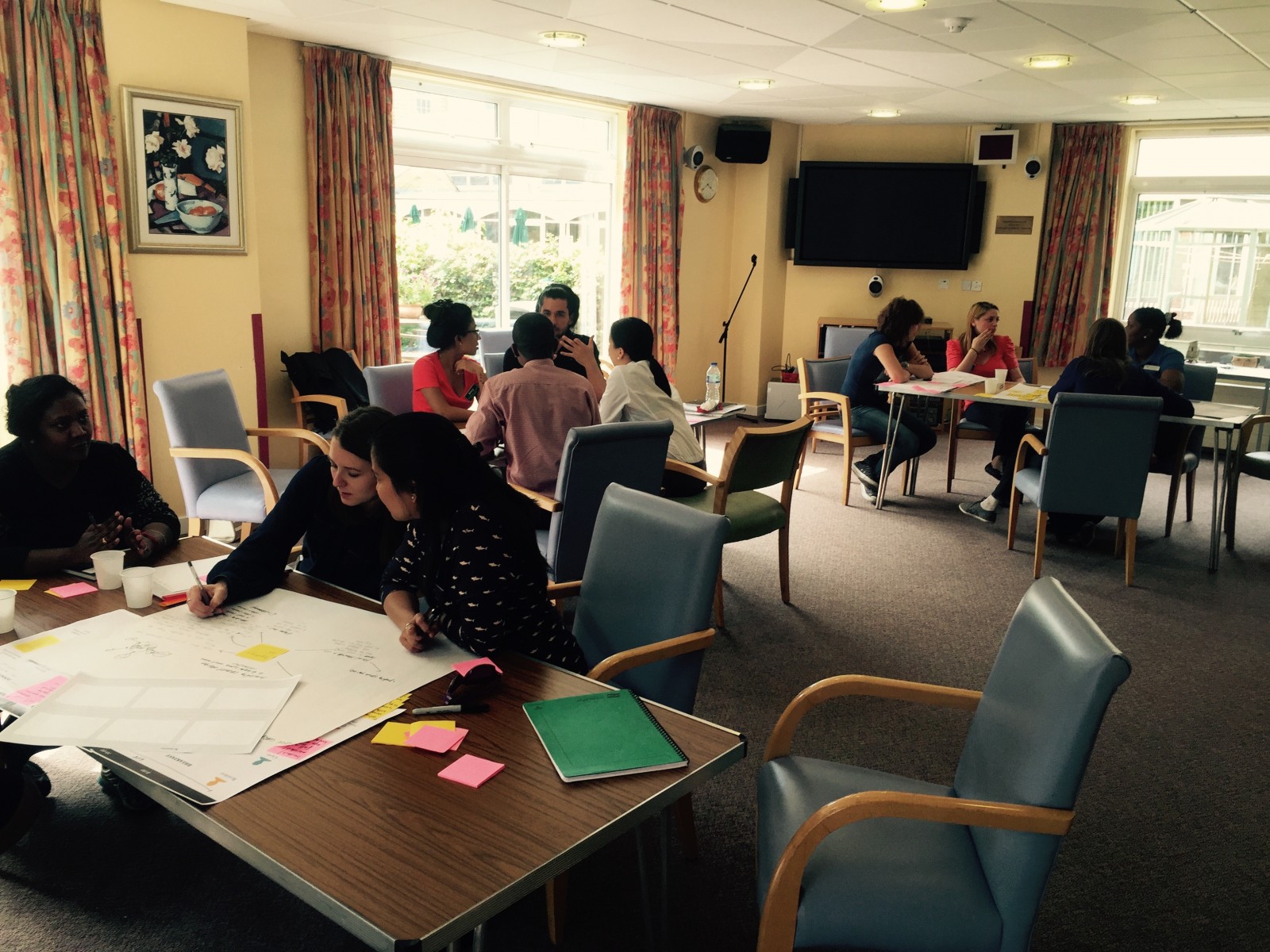 Setting the standard in care documentation

We started by asking carers to record event participation and a small amount of additional information about what the resident was doing. We saw some hangovers of their current habits, system and documentation. The notes tended to be short and lacking in detail, “Mrs Smith watched TV” or “Edna listened to music", for example.

We wanted to encourage a deeper level of reflection from the staff, to make the notes more valuable when reviewed. We included a scale for the mood and engagement level, and extra prompts to encourage adding detail about how the resident was feeling during an activity. We also included the option for the carer to add a photo of the resident to the note. City’s natural language recognition software analysed the notes as they were saved. If particular words were mentioned, staff were prompted to fill in any other appropriate forms.

The home screen listed all the different categories the carer might want to make a note about, this covered everything from eating, medicine, personal hygiene and sleep, although we only managed to design and test three categories in this trial, we heard from our users that having the categories listed in that way would act as a prompt to make sure all areas had been documented at the end of the shift, encouraging more detailed notetaking. 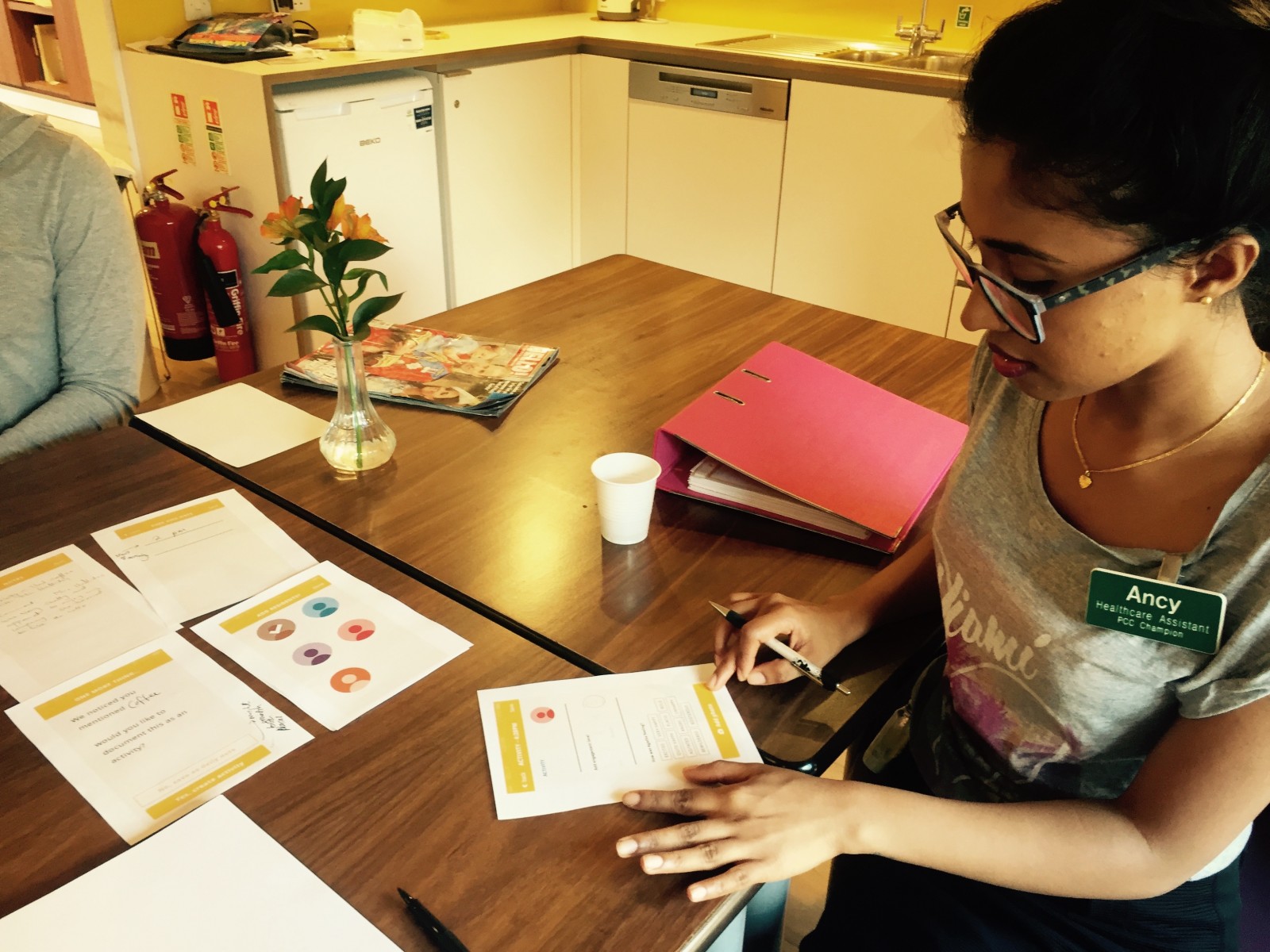 The wider impact on families

Relatives of the residents can place significant demands on staff time, with visiting enquiries and requests for information about decisions made by the staff. Tension can arise, especially given the understandable emotional strain on families. The process of watching someone you love decline mentally and physically brings with it feelings of guilt, grief and frustration. This is one of the reasons why accurate documentation is so important – it can be used to verify and explain carer's decisions to family members. At Nightingale, these decisions are surfaced in multi-disciplinary team meetings where the carers discuss in detail any issues relating to a specific resident with the relatives and the resident.

We tested out the concept of mini-newsletters, sent to relatives of residents participating in the trial. Photos of them participating in an activity and a few notes from the week collected by the carer earned a deeply positive response:

Having an idea of what activities relatives have been taking part in gives encouragement for conversations where communication has become difficult. 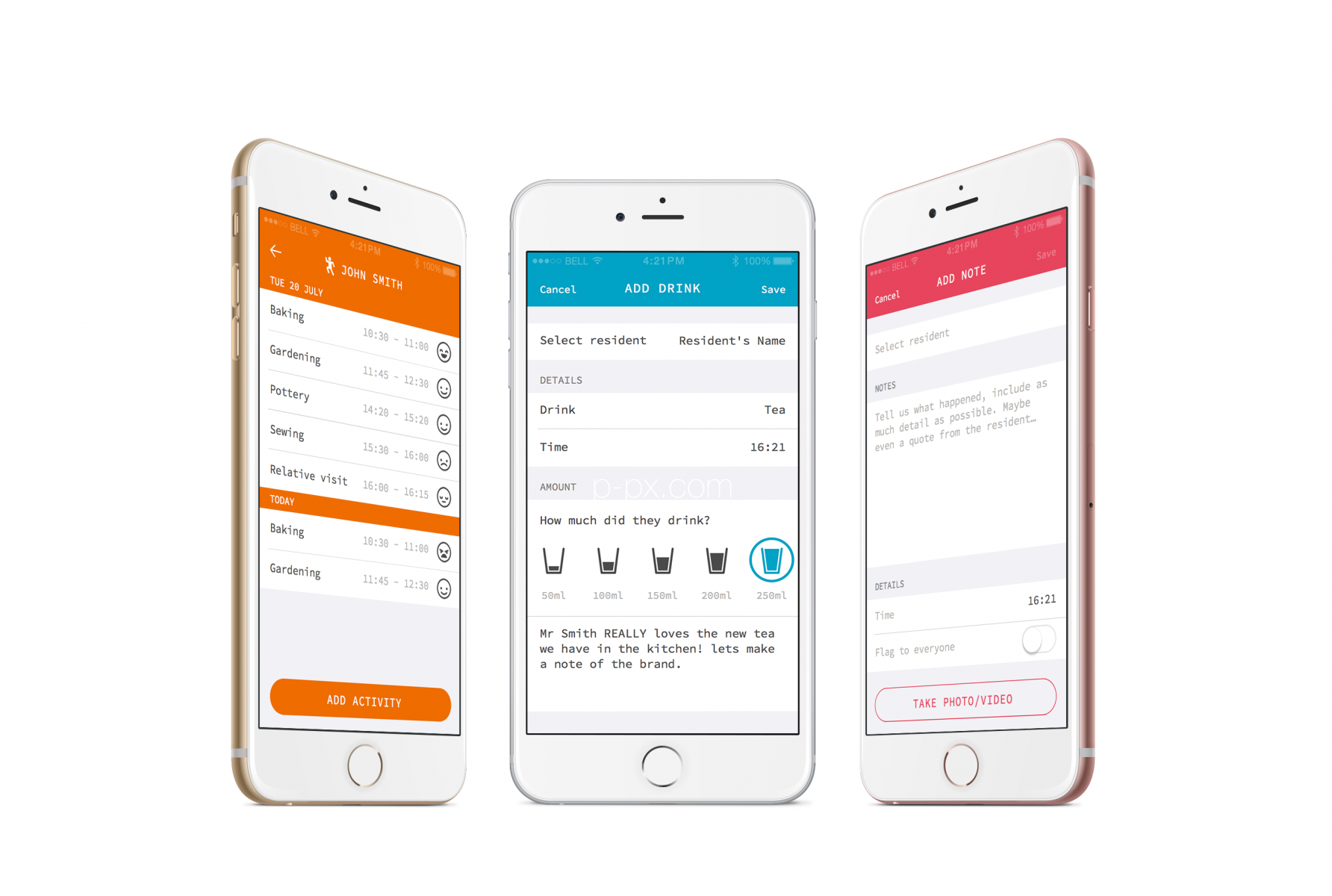 We hope that this project will showcase how we can bridge the gap between technology and efficiency in healthcare. And that by creating user-centred digital products, inefficiency can be reduced, care of patients can be increased and decisions about care can be made more easily.

In the longer term, this kind of tool could be the gateway to better communications between staff or external bodies for faster referral times to the GP or the physio for example. This could involve integration with wearable devices for the residents to monitor their vitals less invasively.

The production and implementation of this app could open the door to all these possibilities and more. The knock-on effect of carers being able to digitally document their notes is huge. It allows carers in their everyday work to document more efficiently, engage with relatives more effectively and, most importantly, have the time and capacity to provide the best possible care for their residents.

Our Keepsake prototype was covered recently by the Guardian.