Jon Burgerman and ustwo: A Doodle Is Worth A Thousand Words 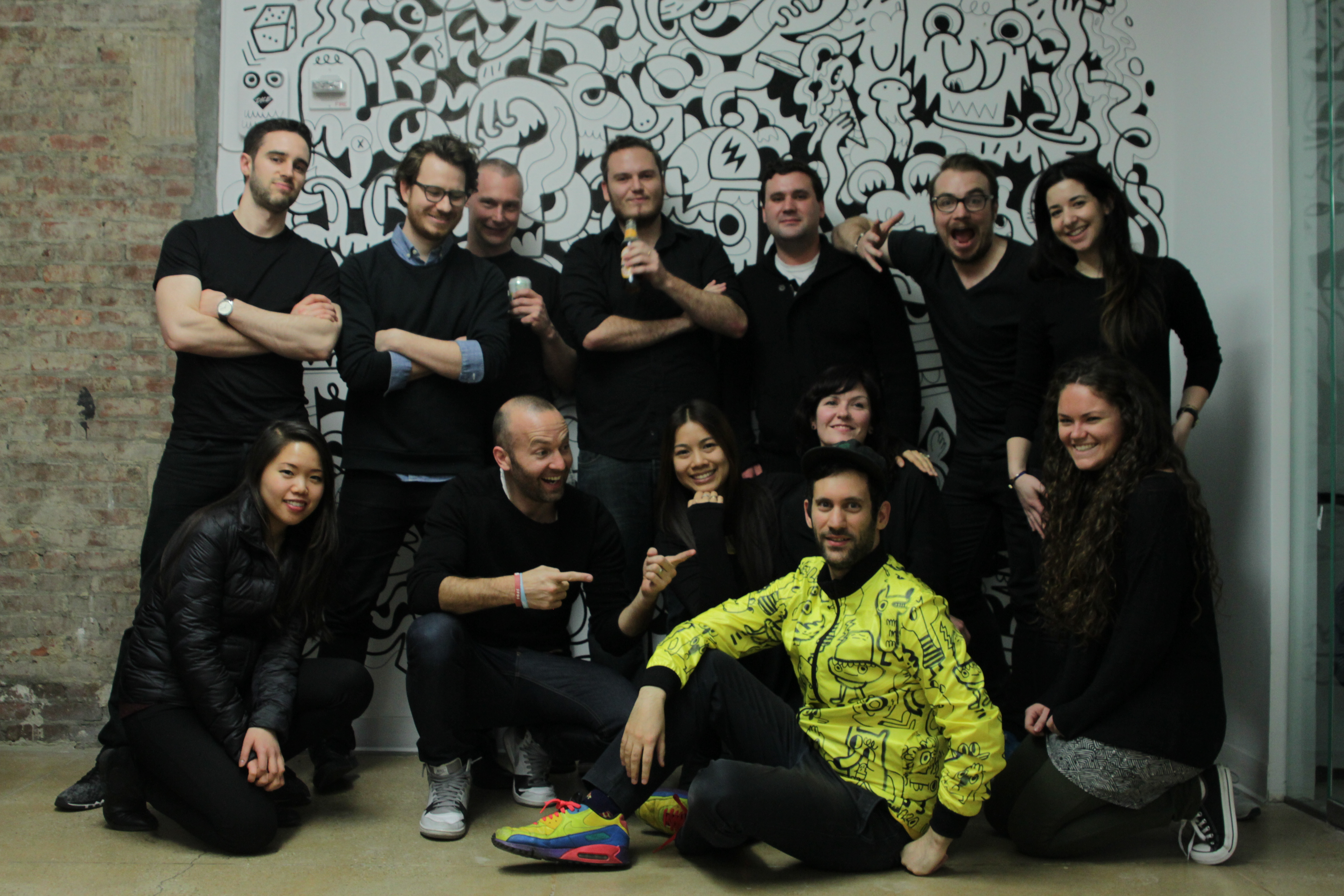 Burgerman isn’t just some famous artist we randomly decided to hire; he’s been a studio friend for over a decade, and his doodles cover the walls of every space we’ve ever occupied. “Our relationship started before 'ustwo was even 'ustwo', back when [the co-founders] were in a shed in East London. We’ve just stayed in touch. Every time they open a new studio, they ask me to come draw in it, which is great.”

Over the years, Burgerman has doodled in over half a dozen spaces as ustwo continues to grow and expand across the globe. As designers ourselves, it’s hard not to admire the methodology he uses when bringing his creations to life. “When I’m asked to come in and create an artwork in a space,” he says, “I’m trying to make a piece of work that will sit comfortably in that space and that will add something to it, not disrupt the flow or the feel.” 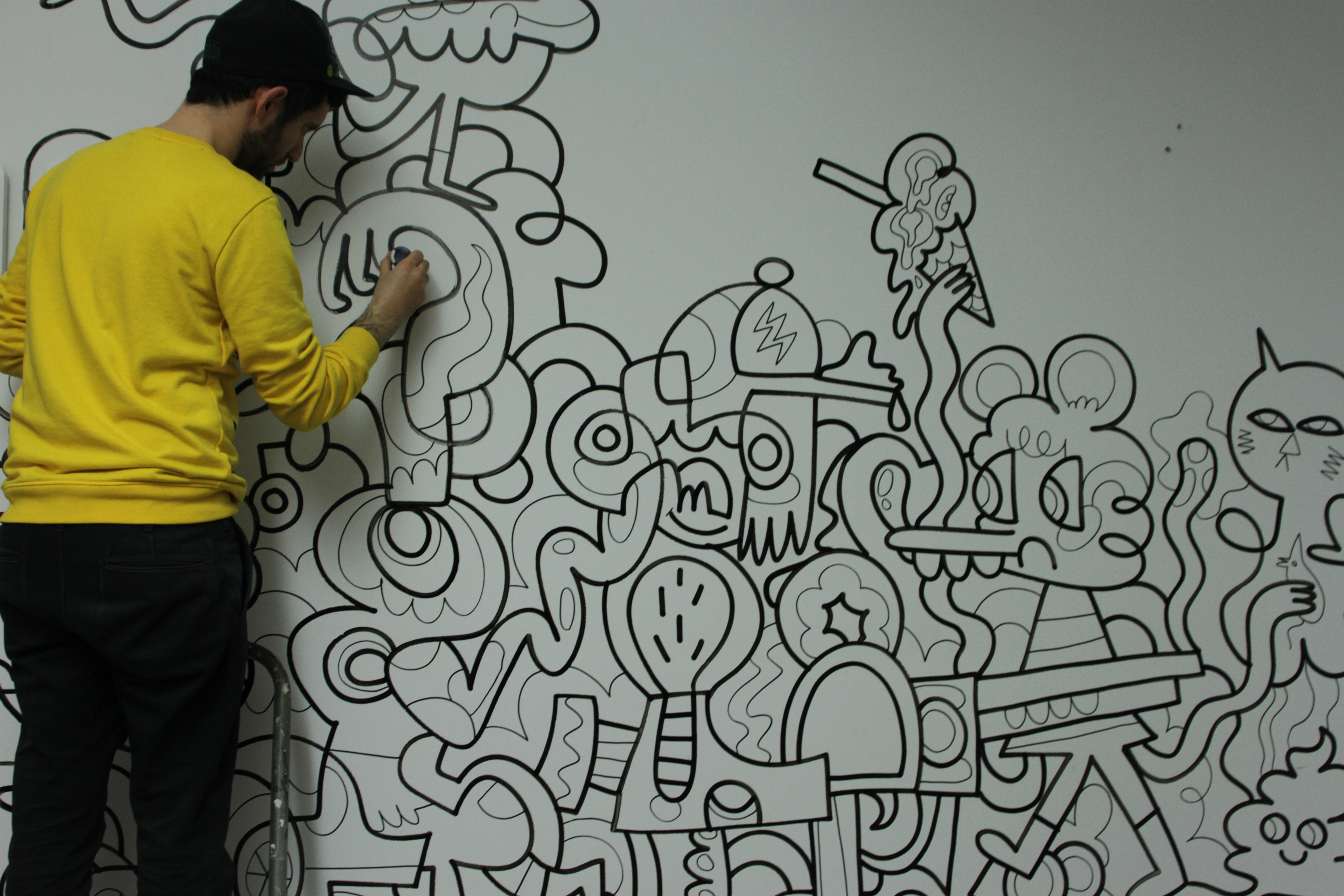 His process, Burgerman describes, can go one of two ways: “Method one is to go and just draw some stuff on a wall, and not worry too much about exactly what it is, and let it just organically blossom.” It’s his personal favorite, and it’s ours as well. The freehand mural that now covers roughly a 10ft x 12ft wall is something that many of us can be caught staring at on a daily basis. The intricately drawn characters ebb and flow across the canvas in precise harmony with one another, creating beautifully organized chaos. Some might say it captures the essence of ustwo perfectly. 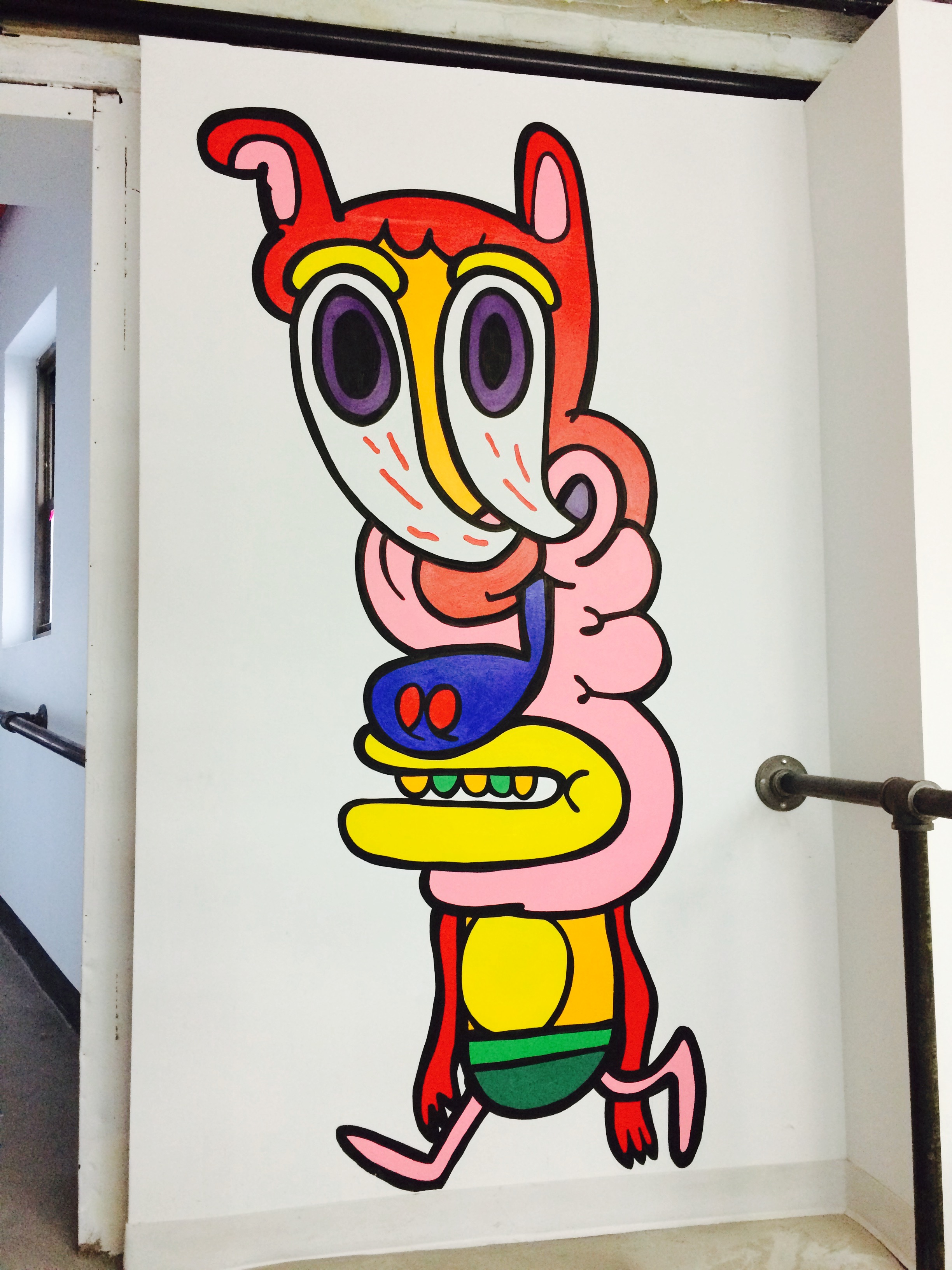 “The other way” he continues, “is I’ve got some graphics or characters that people love and feel an attachment to, so I’ll project those large-scale and transfer them onto the wall.” There are a few such characters in our new NYC studio, which were hand-selected by ustwobies as their personal favorites. And, as our only United States-based studio at the moment, a handful of these creations specifically reflect the amazing city we’ve settled in (and subsequently fallen in love with.) 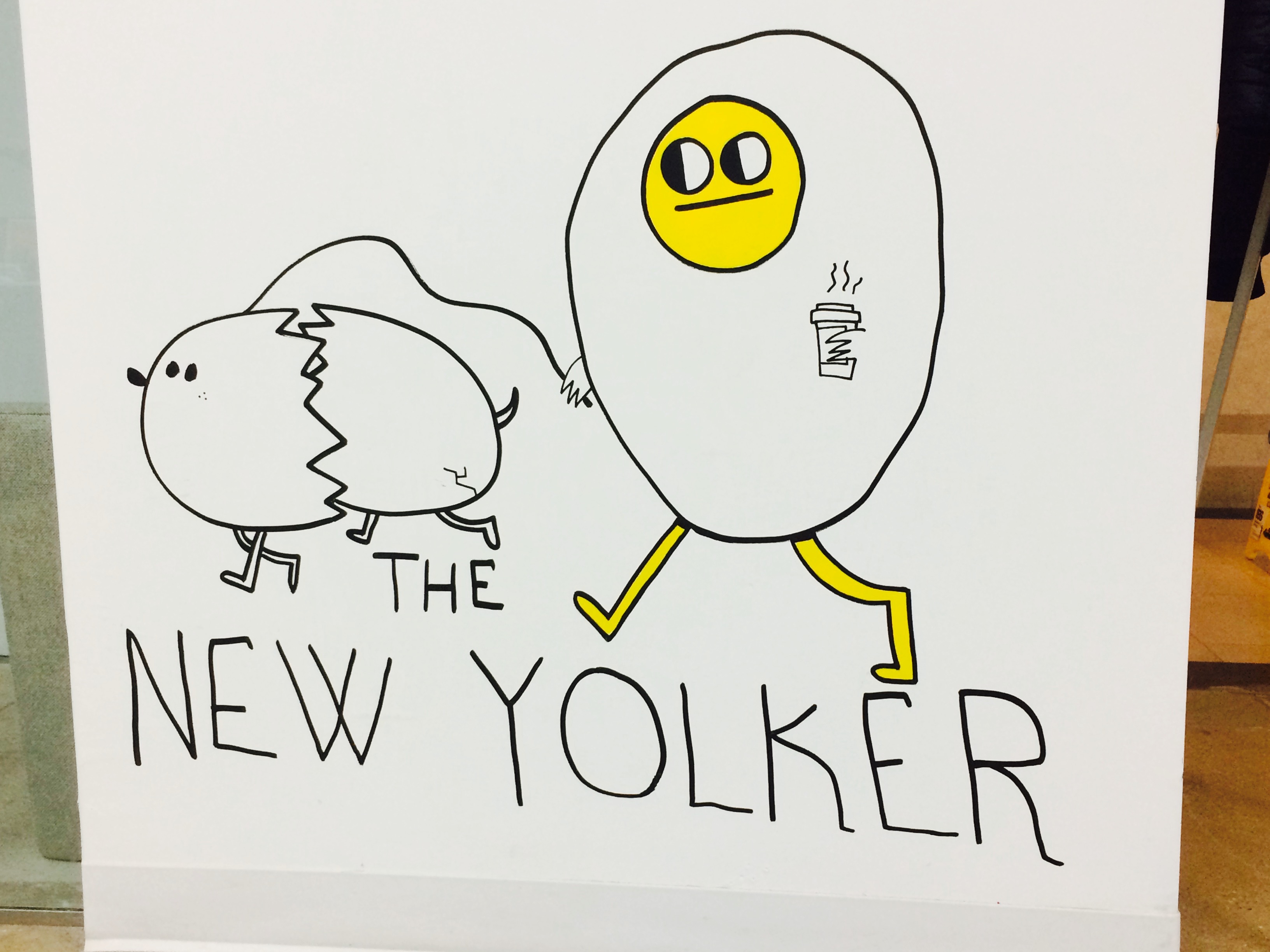