You’re Doing it Wrong: Why Energy Saving Needs to Change

_This is an edited version of a piece that originally appeared in Utility Week. _

Current behaviour change models aren't helping efforts to encourage us all to be less wasteful with our home utilities. At ustwo, we reckon a new design-led approach could revitalise attempts to achieve big changes – and the big energy providers just might be in the driving seat.

We came to these conclusions after talking to a large energy provider about persuading people to reduce their consumption. It makes sense to try to differentiate, particularly as the battle for consumer preference hots up. New rivals are aligning themselves with energy users’ interests – whether via customer service, cost or their green credentials.

However, efforts to motivate customers into less wasteful habits often struggle. We wanted to investigate current understandings of consumer behaviour and see if we could bring a fresh new approach. 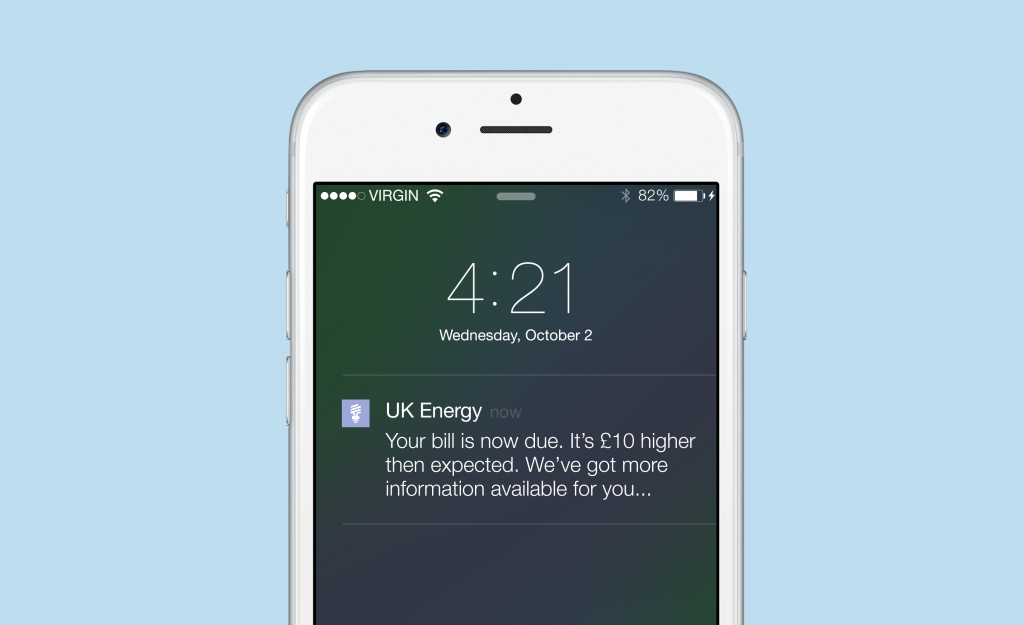 A conventional behaviour change model (for example, the Fogg behaviour model) leads you to focus on the behaviour itself. It assumes that if something is easy to do then it can be inspired even with low motivation, and has little to say about fostering a deeper commitment.

Take the example of unplugging a mobile phone once the battery is fully charged – the energy saved could power a city the size of Canterbury (~55,000 people) if everyone in the UK did it. It is, in theory, a cinch to do, yet the cash savings are so small for individual people that only those with a super high level of commitment to environmental causes are likely to do it.

Following this conventional model, you might continue to assume it was just a case of finding the right “trigger” or message. You'd then repeat the exercise by asking people to shower less, turn the heating down or cook multiple meals in the oven in one go.

‘Drawing Energy’, a research-based Royal College of Art (RCA) investigation of consumer understandings of energy, recently proposed an explanation for why such efforts might be foundering:

“People do not just want to use energy, they want to do the things it enables… [and] it might in fact be counterproductive to ask people to reduce their energy use.”

So instead of just asking “how do we encourage efficiency?", we wanted to go deeper – “How can we encourage people to embrace new approaches to home management that will make it more energy efficient?” 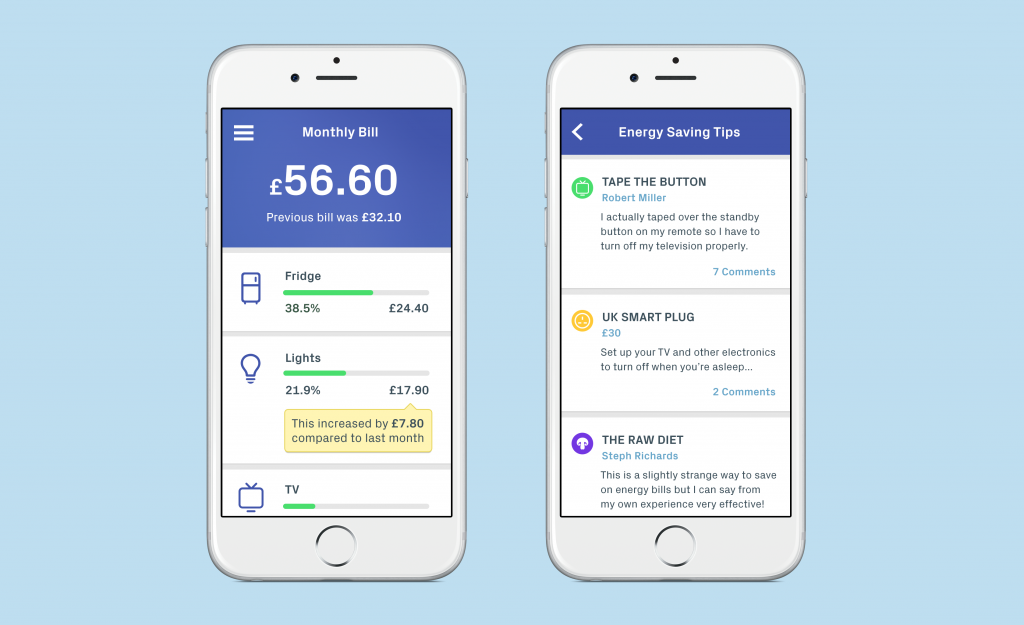 The most obvious candidate area is new technology that tailors the way you use appliances. The connected homes market is already teeming with the likes of Apple HomeKit, Google Nest, and Samsung SmartThings. Importantly, however, a 2014 Accenture report found that while 70 per cent of people have a high level of confidence in specialist suppliers such as Nest, the big energy suppliers came a close second – at 61 per cent.

The concept we designed is a smart home management tool that makes associations between the satisfaction you get from a home that is more responsive to you and your needs, and energy consumption information. It has three main features:

By extending the Hive product range in 2016, British Gas is capitalising on the growing appetite for connected tools that help us to achieve what we want to do, in and around the home. The RCA research suggests that technology like this could be central to efficiency efforts – especially, as we think, as part of an open ecosystem. This ecosystem would encourage development of smart devices but, most crucially, the tools to control them – so we can make energy consumption information more vivid for everyone. With sometechnology companies threatening to muscle in on the market, the question is – will energy companies take control of their own market by innovating and closing the gap on consumer trust?

If you'd like to get in touch to talk about anything we've covered in this piece, send us a mail at hello@ustwo.com or work@ustwo.com.

This is an edited version of a piece that originally appeared in Utility Week.