The Future of TV, Episode I: The State of Television

The rise of mobile video consumption, ‘cord cutting’ and streaming services have led many to claim that TV, as a device in the home, is dead. Despite this, the sales of televisions and connected devices - including the new Apple TV - increased significantly in 2015, and data shows us that this trend is set to continue into 2016 and beyond.

In this three part series we look at the current state of TV, attempt to analyze some of the challenges it faces as it attempts to stay relevant with evolving audiences, and present some concepts for our future vision of TV.

A Brief History of Television

Since the late 30s, TV has captivated and engaged audiences. From several hours of programming per week to thousands of hours of content per day, it rapidly replaced radio as the primary source of entertainment in the home.

With the invention of satellite and cable, viewers had the freedom to explore content from around the world. Broadcasters established themselves as tastemakers, using scheduling patterns and linear programming to curate content and help viewers discover new shows.

Fast-forward to 2016, and millennial viewers want even more control over how they consume content. Audiences are ditching their expensive cable packages in favour of cheaper, more flexible streaming services such as Netflix or Hulu, and multi-platform distribution has made it even easier for them to get access to TV content anytime, anywhere.

But for consumers, greater choice and flexibility isn’t all roses. TV shows once broadcast on channels and accessed via a single cable subscriptions are now spread across several services, each with their own costs. You want to watch Netflix’s Orange Is the New Black and HBO’s Girls? That's two shows, two services, and two monthly fees, thank you very much. 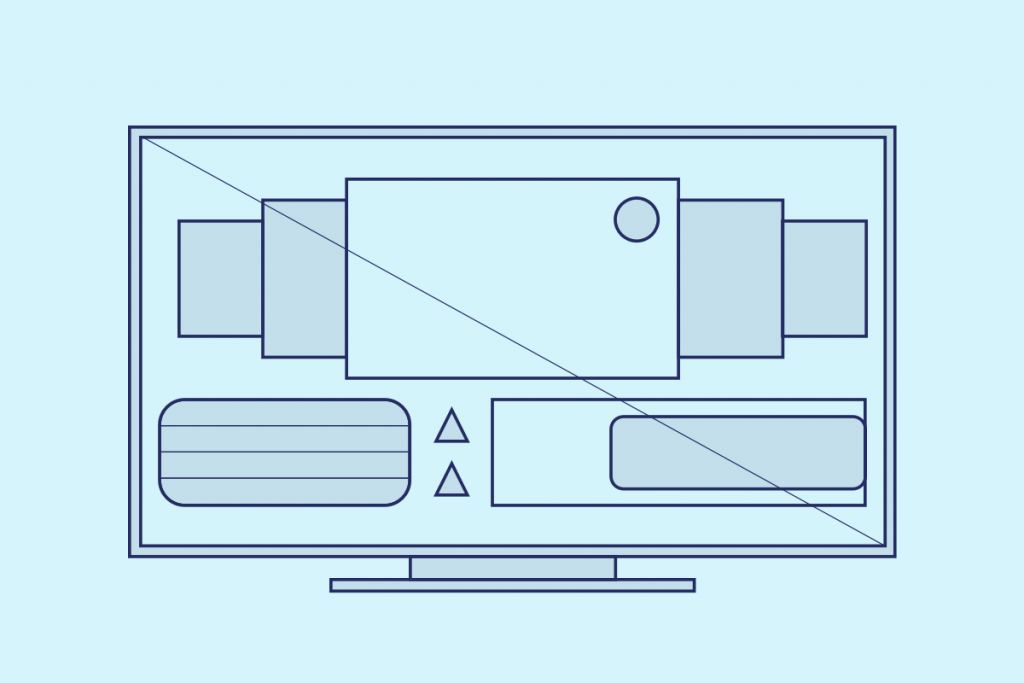 To access these services, viewers either need a smart TV, connected device, or game console. They need a high speed internet connection and in extreme cases, an ISP that supports streaming at no additional cost. This means people are spending money on new technology in the name of saving money in the long run.

Abandoning cable for streaming services also has its learning curve. Most services make users navigate a maze of menus and dialogues before they reach the content. Families must tackle individual viewing profiles and manage recommendations, not to mention privacy settings and parental controls.

The once simplest experience in the home is now the most complex — true choice comes at a cost.

The expansive breadth of the landscape makes these challenges difficult to overcome. Competition between hardware manufacturers, platform providers and content creators is fierce, and there’s little incentive to combine efforts.

But all is not lost. Platforms such as 4th generation Apple TV and tvOS are, for the first time, bringing together multiple services in a way that creates a seamless experience for users, reminiscent of traditional TV. From the stripped down interface to the universal contextual voice search, Apple are thinking about modern TV from the ground up, whilst seemingly simple features such as frictionless app switching (akin to changing channel on a traditional TV) show that they’re more than happy to inherit proven lessons from the past. 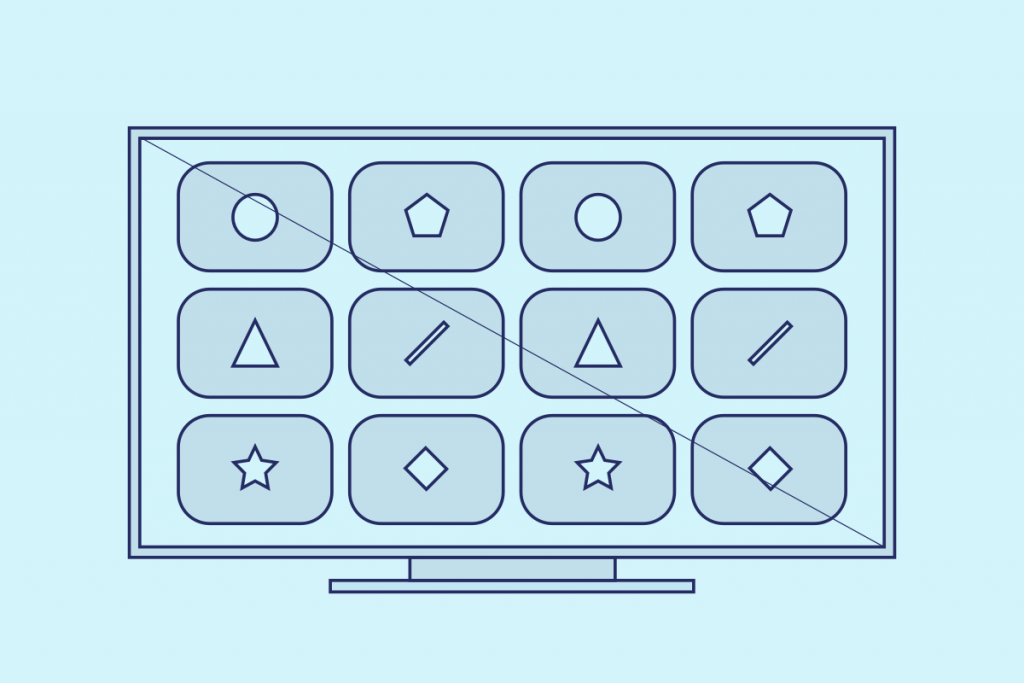 In the same way that Apple opened up the potential for mobile, the Apple TV App Store gives the next generation of designers and engineers a platform to explore new possibilities and re-imagine a ‘TV first’ home. Apple is not only allowing users not only to watch TV shows and movies, but they’re enabling them to use their television as a way to keep fit, educate their children, and play together.

In order for TV to truly regain its place in the home, we must push boundaries.

But even for giants like Apple, there are still hurdles to overcome, such as TV show licensing. Most content is bound by complicated licensing agreements and the world of digital rights management isn’t set to catch up anytime soon. But in the same way that the invention of TV some 70 years ago spawned the birth of broadcasters, a new wave of independent tech-focused programme providers have leveled the playing field for content creation and distribution.

As apps and hardware innovations negate the need for expensive and complex DRM agreements, even more resources can be diverted to the production of quality content. Original series produced by Netflix and Amazon are an obvious example, but even relatively new apps such as Great Big Story, Zova and KitchenStories are showing the power and value of in-house production.

...and it doesn't stop there. In a recent proposal by the US Federal Communications Commission, cable and satellite providers could be forced to give device manufacturers, such as Apple, Amazon, and Google, licensed access to their programming streams. Not only will this provide a more open environment for tech companies to innovate and involve the TV experience, it could save American consumers up to $20B per year. 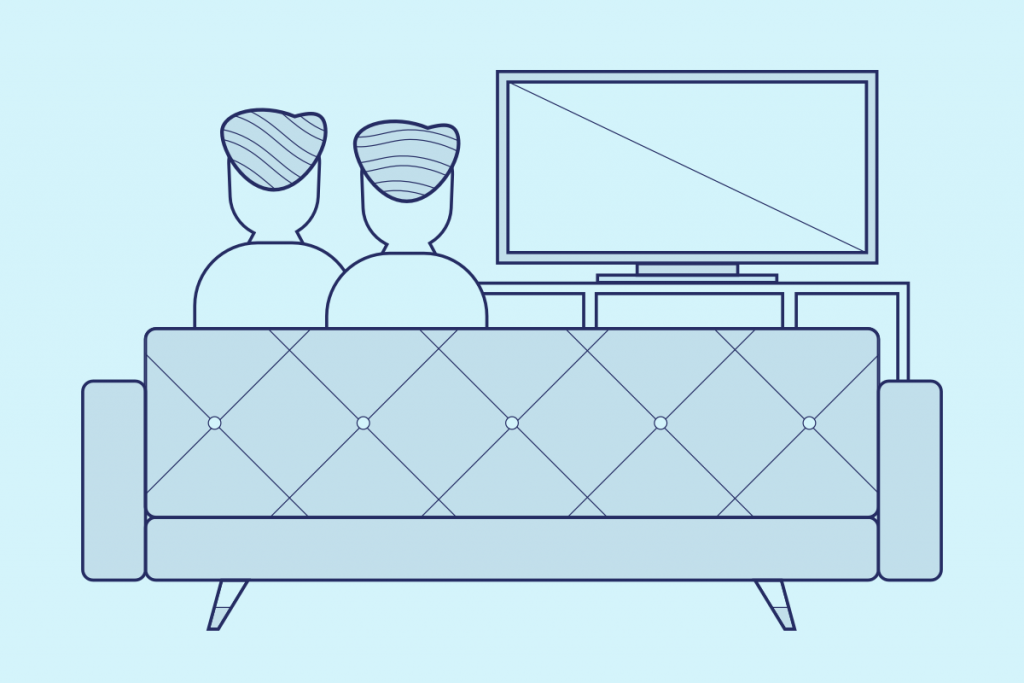 Reaching the proverbial content streaming nirvana won’t be plain sailing. The technological and business challenges are very real, but in the same way we dared to innovate in finance, auto, and healthcare, leveraging new opportunities can help us do the same for TV. There has never been a better time in recent years to separate ourselves from the limitations that the legacy of TV presents and put its true potential to work reigniting that emotional connection, and helping audiences fall in love with their television, all over again.

With all these considerations in mind, a dedicated team at ustwo have spent the last three months exploring the possibilities presented by a new generation of TV software and hardware. In the next post, we’ll share and debut our thoughts and ideas on how innovations in content distribution and more flexible development platforms can be used to overcome some of the complexities of modern TV.