The rise of mobile video consumption, ‘cord cutting’ and streaming services have led many to claim that TV as a device in the home, is dead. Despite this, the sales of televisions and connected devices - including the new Apple TV - increased significantly in 2015, and data shows us that this trend is set to continue into 2016 and beyond.

In this three part series we look at the current state of TV, attempt to analyze some of the challenges it faces as it attempts to stay relevant with evolving audiences, and present some concepts for our future vision of TV. Start with Episode I here.

However, the benefits offered by robust program-to-program continuity — curation, removal of decision-making, serendipitous content discovery, ad effectiveness — are as crucial to creating a seamless viewing experience as ever. Scheduling patterns are the original recommendation engine.

Additionally, the combination of channel brand and a fixed scheduling pattern is still the most frictionless way to discover and consume TV content. For example, most viewers recognise that generally primetime programming on Fox is far more suited for a family audience than late-night programming on Bravo.

With streaming services, the decision is far less obvious.

Platforms such as Netflix, Hulu and Amazon Prime take all of the information about shows and movies that a traditional broadcaster would use to choose the right slot in a schedule, and give it directly to consumers. Now viewers have to make their own decision about whether or not something is relevant or appropriate. Of course, there are always recommendations, but these are based prominently on single viewing profiles, and tend to unravel in the realm of family/social viewing.

Then there's the interface. Channel surfing has largely been replaced by menu screen surfing, and the journey from switching on the television to watching a show or movie has grown longer. Trawling through complex navigational systems is far from engaging, and the presentation of content in static grids simply doesn’t play to the strengths of TV. These deep information systems are a result of content choice and flexibility, but the joy of instant-on has been lost.

The Rebirth of Instant-On

But what if we could bring instant-on back to the television in a way that provided even better, more contextual movie and show recommendations? What if we could completely remove the conflict of choice and get audiences back to content watching instead of endlessly surfing menu screens? 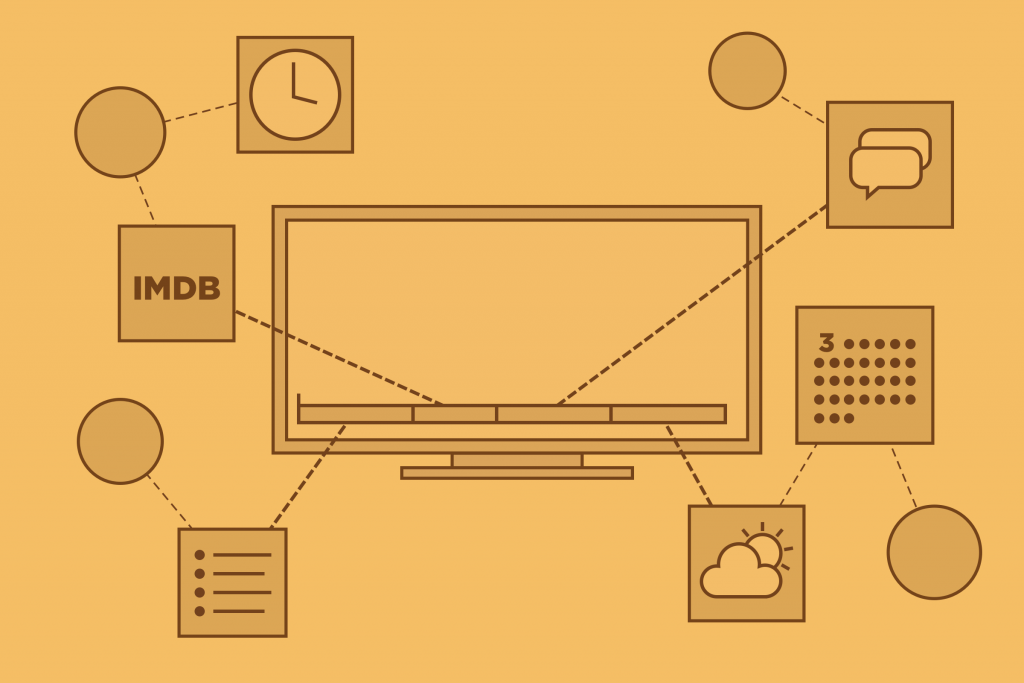 Using existing data points for examples, we could begin to remove the pressure of choice from users and provide a serendipitous methods of discovery. Some applications of this exist already such as Facebook data in Netflix to surface shows and movies your friends are watching, but if we open that up to more sources we could get a lot more creative.

...and this data can be stacked to provide more detailed and nuanced recommendations that provide the most optimal piece of content each and every time. 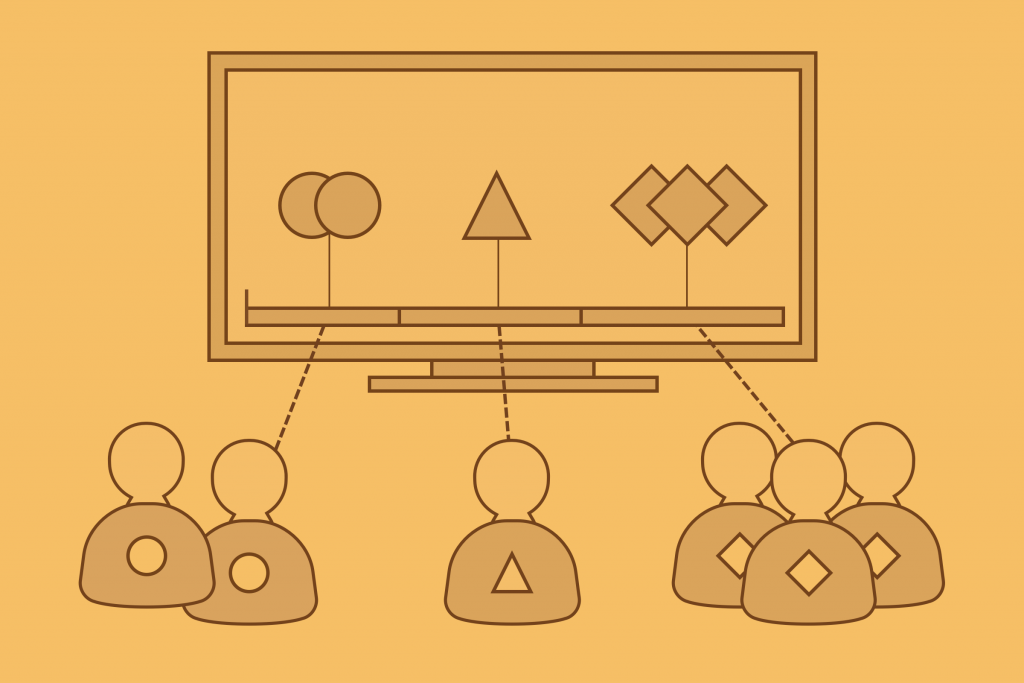 For social viewing, we could collect the data from several users, and look for patterns that enable us to recommend movies and shows that are appropriate for people to watch together. We could even apply this to privacy settings and parental controls by employing facial recognition technology similar to Microsoft Kinect or Netamo Security Camera.

In turn, improved recommendations could lead to more seamless continuity.

The process of choosing what to watch next is replaced by program-to-program continuity that allows viewers to remain immersed in the experience and removes the need for lean-forward decision making. Suddenly the benefits of linear streaming and scheduling are augmented by data to create a more personalised and relevant experience for all viewers, individually and socially. 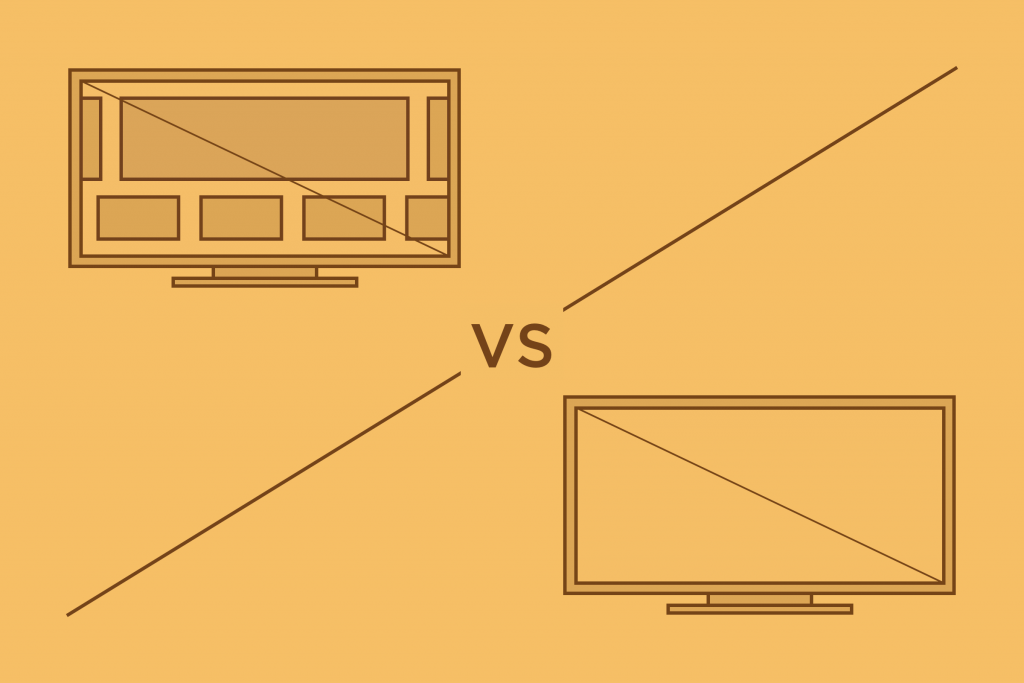 By paring the data with intelligent learning and analysing the habits of viewers, TVs could ‘know’ what users want to watch and when they want to watch it. This kind of dynamic scheduling could make instant-on for video-on-demand a reality, reducing the need for lean-forward decision making all together.

A Foundation for Innovation

As we touched on in our last post, content fragmentation, closed hardware and provider monopoly are all very real obstacles, and it could take some time before we have an open enough system that allows us to blend content and data in this way.

That said, platforms such as the 4th generation Apple TV are already providing a solid foundation for experimenting with new approaches to TV, and as the FCC move though their proposal to “unlock-the-box”, both hardware and the content streams are going to become increasingly more accessible.

TV isn’t broken, but the progression of technology and the shift in audience behaviours has caused cable and satellite companies to lose sight of one of television's greatest strengths, simplicity. User needs haven’t changed that dramatically in the past 60 years but the ways in which they’re served have become inconsistent and complex.

For TV to remain king of the household, we must to look past surface UIs and explore ways in which technology can augment the viewing experience from a much deeper level. Innovate behind the content instead of putting barriers in front of it.

In the third and final blog post of this series, we’ll look at the evolving purpose of television as a device in the home. We’ll explore the potential beyond watching, discuss the expanding possibilities around commerce, education and home automation, and highlight some of the key challenges presented by designing for the 10ft experience.

Continue with The Future of TV, Episode III: A New Purpose