The Future Of TV, Episode III: A New Purpose

The rise of mobile video consumption, ‘cord cutting’ and streaming services have led many to claim that TV as a device in the home is dead. Despite this, the sales of televisions and connected devices – including the new Apple TV – increased significantly in 2015, and data shows us that this trend is set to continue in 2016 and beyond.

In this three part series we look at the current state of TV, attempt to analyze some of the challenges it faces as it attempts to stay relevant with evolving audiences, and present some concepts for our future vision of TV. Start with Episode I and Episode II.

In 1974 the BBC launched Ceefax. Initially developed as a way to transmit farming and stock market information late at night when programming wasn’t being broadcast, the technology was later used to as the global standard for transmitting textual information to TV sets. 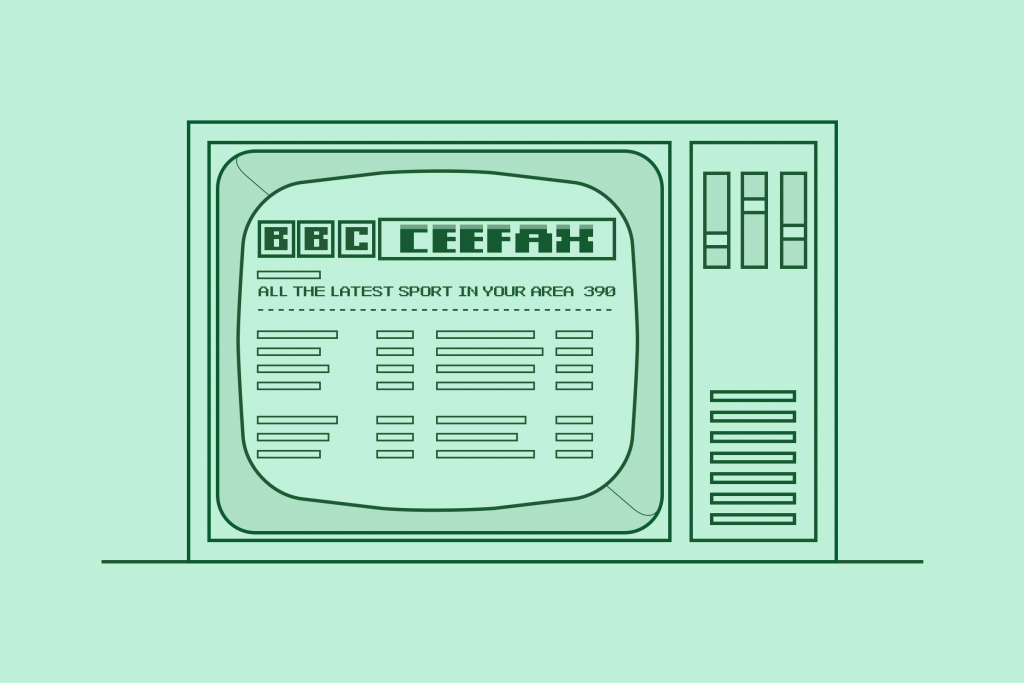 For 38 years Ceefax provided audiences with news, weather, and sport information. Some channels even had simple games, cinema listings, and recipes. A limitation of the technology at the time, Ceefax’s simplicity was its greatest strength, and it marked the beginning of an ambition to bring information to millions of homes via the TV at any time.

However, that ambition was never completely recognised. Ceefax and teletext evolved into early IPTV platforms, but a failure to develop at the same rate as other technologies and the monopolisation of the media industry meant that interactive TV could not compete with personal computers.

With the convergence of TV and the internet, smart televisions attempted to gain a foothold in the market. Focused predominantly on improved content viewing, some systems leant heavily on interactive functions, introducing games, social networking, and ‘internet’ applications. As they struggled to impact behaviour, even the most advanced smart TVs fell short, and the idea that viewers did anything other than watch shows proved itself a gimmick.

Fast forward to 2016, and over 46 million US homes have a TV-connected device. Amazon, Apple, Google, and Roku are working hard to develop platforms and services that redefine how users interact with their TV. 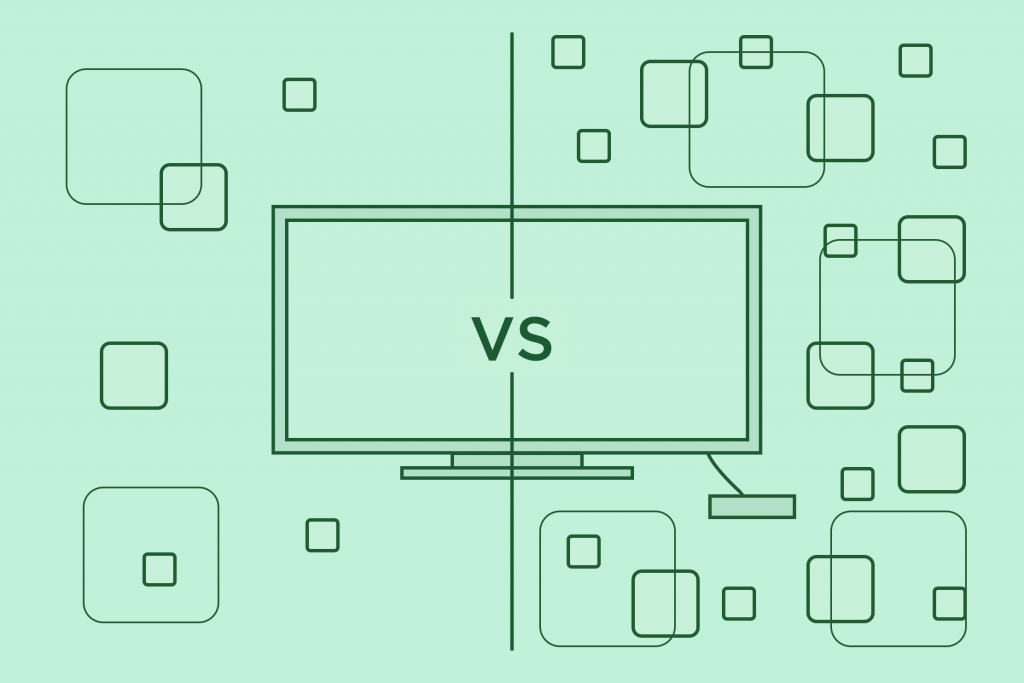 Whereas the average smart TV has less than 10 apps collectively, the major platforms have over 10,000. In the same way that open operating systems enabled innovation for mobile devices, those possibilities are now being extended to television screens allowing designers to unlock new behaviours and leverage the unique properties of TV as a device.

While adhering to the fundamental principles of experience design for television will ensure a certain level of quality, having a much deeper understanding of the unique qualities and challenges of the technology will help people build experiences that go beyond novelty and help give TV a new purpose.

Unlike most other devices, the television is often a social experience, shared between families in the living room or colleagues in the boardroom. It is immersive and engaging with minimum effort or interaction and it’s accessible; with few pieces of technology having existing in the mainstream as long. With this in mind, many are beginning to explore the challenges involved in not only taking existing experiences to a bigger screen, but also developing completely new ones.

In ustwo’s recent exploration of commerce on TV, we found that users preferred narrative focused videos over static images and text as method of engaging with brands and products. Given the inherent behaviours of television as a device for viewing content this may seem obvious, but balancing lean-back viewing and lean-forward shopping is challenge that e-commerce apps on TV are yet to overcome.

And the same can be said for a range of existing behaviours: Instant-on and continuity to simplicity and joint viewing. 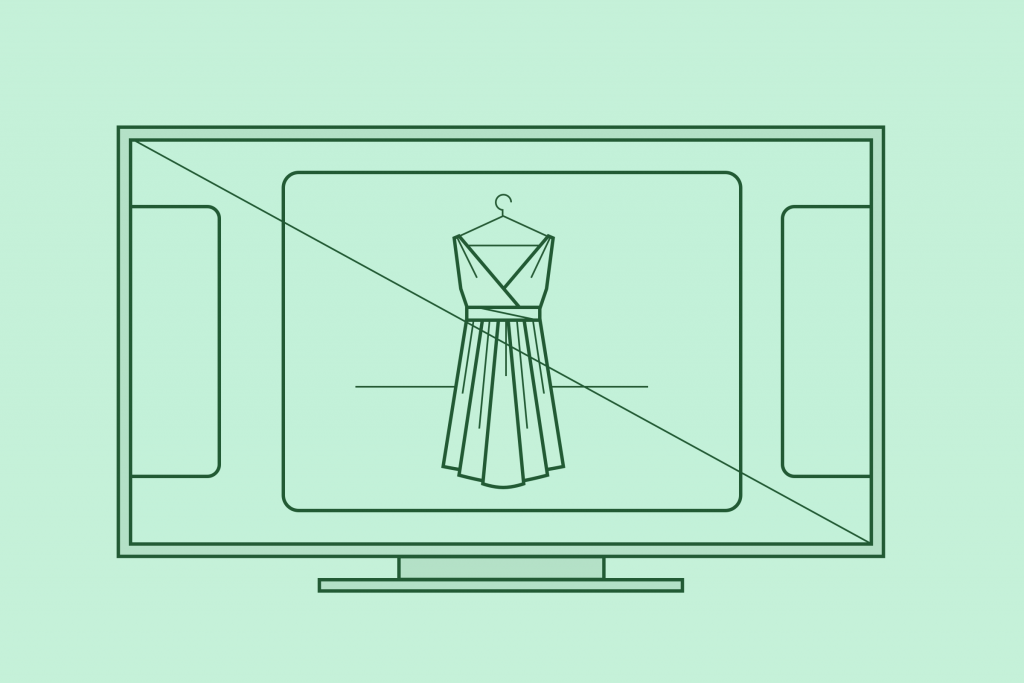 For instance, broadcast television is and always has been about curation. Helping users make smart choices effortlessly is the cornerstone of an immersive and engaging experience. By surfacing content in a way that feels thoughtful and deliberate for the experience, we can provide a more reduced selection without it feeling light. For services that rely on a large catalog (e.g. Airbnb), this could be as simple as focusing on discovery through relevant collections and recommendations, and clearly sending the user to the website or mobile app for more in-depth searches.

Finding a balance between the breadth and depth of experience is key to creating an immersive environment that doesn’t feel like too much effort to the user – by encouraging simplicity we can reduce the number of decision points a user encounters across a journey. The same can be said for interaction patterns in use on the remote. Sticking to the most simple and intuitive actions (especially those conducive with traditional TV interactions) will creative a more accessible experience and reduce friction. 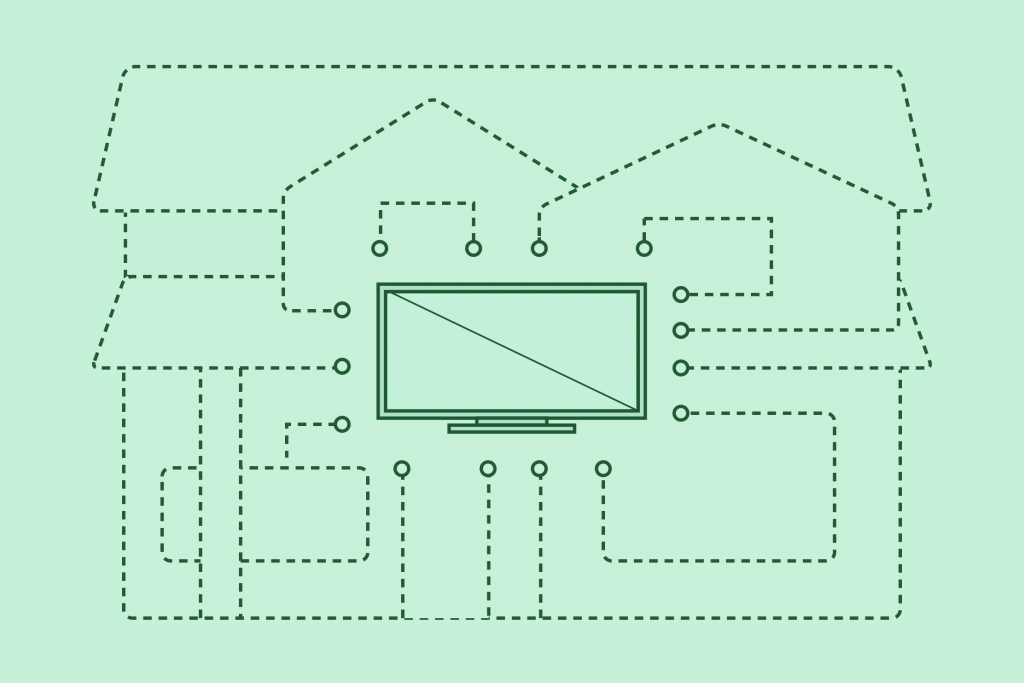 This is just scratching the surface. As we redefine TV as a device, user needs will inevitably evolve along with our understanding of the platform. As we push the boundaries, we’ll move beyond designing for behaviours forged in television as a device for viewing content, and establish conventions in TV as the most social, immersive, and accessible screen in the home.

Embracing the design challenges and unique strengths of television will help unlock a future for it beyond shows and movies, and provide a robust foundation for applications in health, fitness, education, and commerce. Fundamentally we should move away from treating television as a second rate competitor to mobile phones and computers – and recognise it as a unique experience with unparalleled qualities.