In early spring, we initiated a task team to create and design a new internship program. I’d recently finished my six-month internship, and had been reflecting with others on our experience with past internships – what was good about them, what wasn't so good and how could they be improved.

Last Friday saw the conclusion of what those initial thoughts sparked, as the first cycle of our new 12-week Internship Program in Malmö came to an end. Thinking carefully about how we design this experience has been incredibly insightful, both in terms of learning how teams collaborate and how we think about our own skills when we’re trying to pass them on.

To begin with we tried to identify our intern’s needs, and to map out our own involvement – we realised that our internship offer wasn’t as solid as we wanted it to be. Using what I’d learned through my own internship, I felt I had some fresh ideas on what could be done differently. We needed to clarify our plan of recruitment, for example, and to improve the process and learning curve for both the interns and ourselves.

At ustwo we work extensively with team set-ups and dynamics. Having different backgrounds and approaches working on the same problem helps brings value to all our projects. Up to this point we had only had individual internships… As an intern it can be hard to feel confident around professionals in your discipline, and it’s comforting to have people around you who are in the same situation. We also felt that, though an individual intern will get a feeling for working in a team, it would be more valuable if they were actually given the possibility of taking ownership of the whole team process.

With this in mind we decided to use the team model, and by May we had a pilot for the intern team program and the wheels were set in motion. We made a call for dreamers and doers, from all different disciplines, to join us. Responses came in from all over the world and we ultimately decided on five people who would join us in September: an interaction designer, a visual designer, two developers and a strategist. 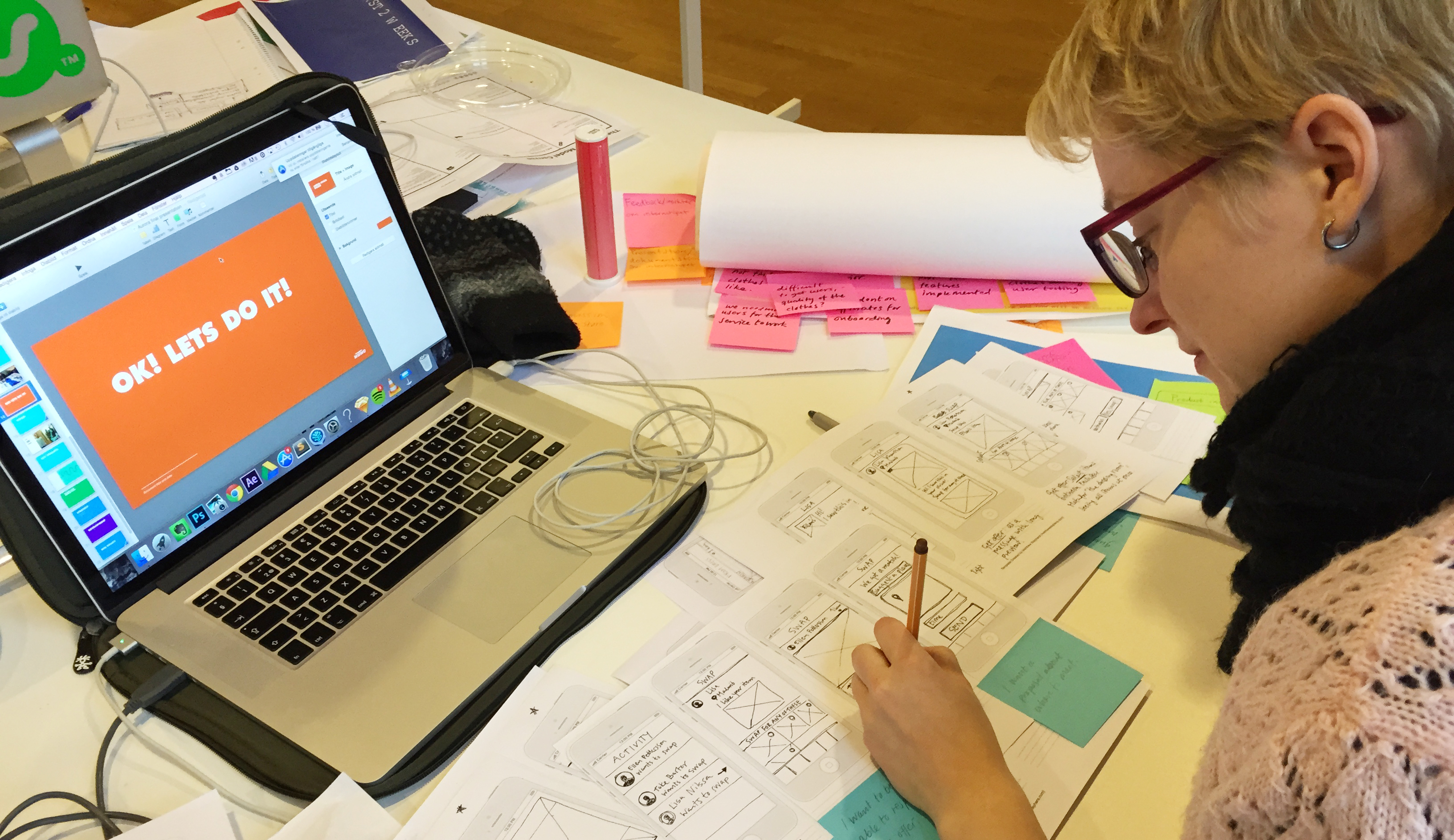 The team were given an open brief, and the freedom to create their own boundaries. During the three months of the internship they would create their vision and learning goals, experiment, prototype and validate their ideas. They would have to iterate their ideas (“fail fast – learn faster”) and start implementing their final concept.

Each one of the interns was paired with a mentor in their respective field. This would be their go-to person during the internship and would overlook their skill development. Their mentor supported them during the whole process with recurring discussions, check-ins, feedback sessions and tutorials.

We didn’t want them to miss out on our project work, so an important part of the mentorship were “the shadowing weeks”. During these weeks the interns had the opportunity to follow their mentors in their specific projects. This gave them better understanding on how projects run in the studio and how their specific roles interact in a team. It also gave them a break from their own project, which in itself can be a source of inspiration. We hoped that we’d get some cross-fertilization of ideas, and we did.

One of the biggest challenges during this process was – as expected – the team dynamic. They were trying to figure how to collaborate in a team and how they would contribute individually. One of our coaches helped them through it by opening up team discussions and giving them tools showing them how to work during the 12 weeks. This meant workshops for team building, both to strengthen the team spirit and processes as well as their own personal development. They also held retrospectives regularly and were assisted in Agile methods and creating task boards and backlogs.

The team continuously challenged themselves to find the perfect idea. They wanted to be passionate about the problem they were solving and believe in what they were about to produce. This kept them moving around in the conceptual phase for a while. Around the seventh week they went from “thinking to doing” and started implementing the final product, ‘Aurora’ – a digital solution for swapping second-hand clothes. 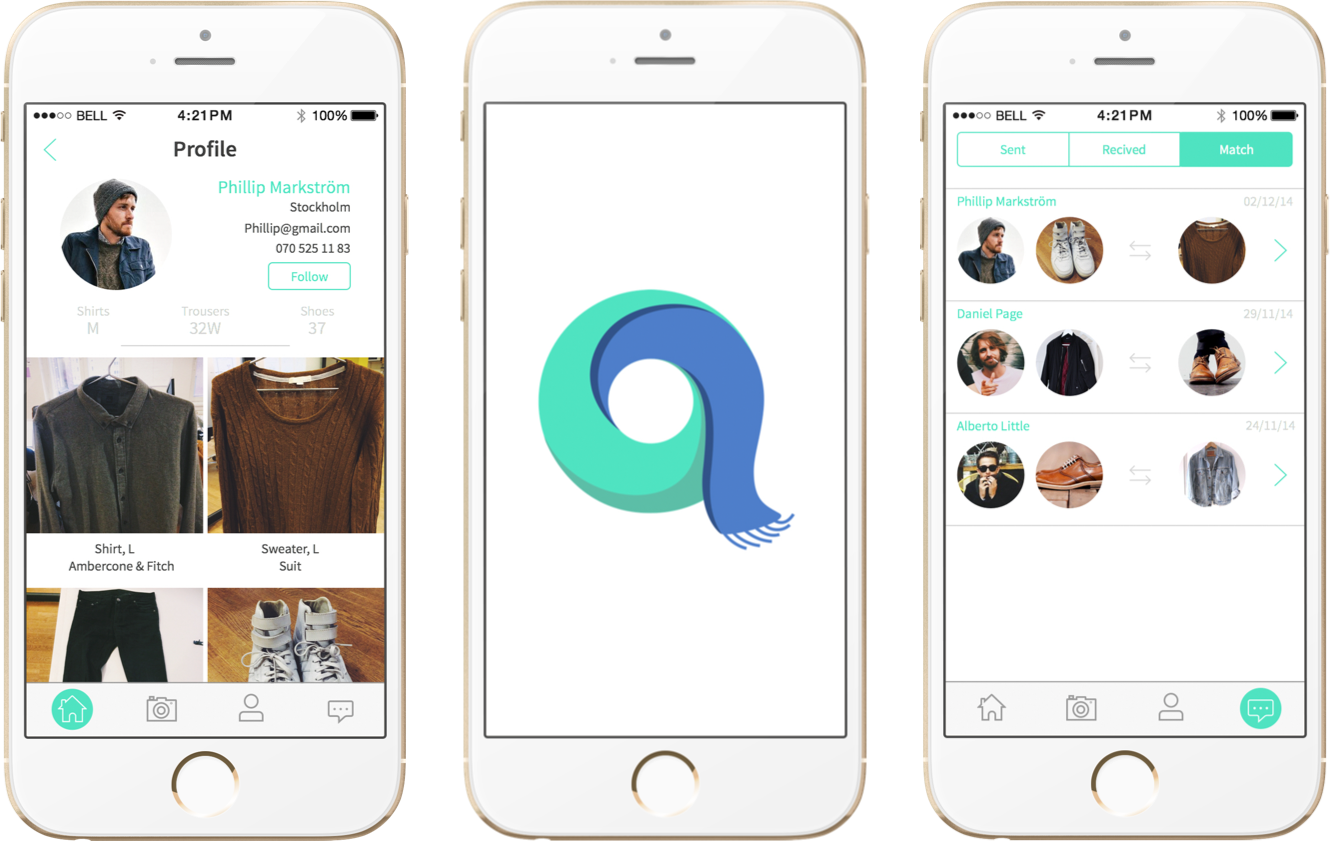 Interns are an energy boost. They are eager to take a leap, their optimism is infectious and they bring new perspectives and skills. Since they don’t know how things are usually done, they might question why we take specific decisions, or how you did things. Making us explain can give fresh perspective on skills or processes we might have begun to take for granted.

The team setup gives the interns better preparation – not only do they get to grow on their own but also understand how to use their skills in a team. I believe that learning how to collaborate is one of the best experiences that anyone can get early in their careers.

It was truly inspiring being part of this experience and to see how collaboration can lead to great things. In just 12 weeks, five complete strangers, new in their roles, ended up on the first step of implementing a digital product, while overcoming several challenges and having fun on the way.