On 10th November last year, the women in our London studio walked out at 3.34pm to support Equal Pay Day, a collective action against the gender pay gap. This time represents when women effectively stop earning compared to men, based on yearly earnings and the national gender pay gap of 18%. Back in November, ustwo’s pay gap stood at 9% – supporting this protest was an opportunity for the studio to join the wider stand against the pay gap as well as to reflect on what we were doing as a studio to address it.

In the UK there are many causes for the gap: discrimination, lack of affordable childcare, in-flexible working, the proliferation of zero-hour contracts, segregation of labour markets, caring (be that children or elderly relatives for example) duties primarily falling on women and the inherent undervaluing of women's work. All of this is underscored by the persistence of imbalanced, gendered attitudes towards family responsibilities – both across our workplaces and within our homes.

Currently, we’re looking at another 60 years before the gender pay gap in the UK is closed. So what can we, and the rest of our industry, do to hasten the pace?

At ustwo London, we’re well aware that we have fewer women in our senior and lead roles. Unlike blatant discrimination – someone being paid less for the same job based on their gender – this is a much more elusive beast to tackle. Blame the pipeline, blame circumstance, blame legacy, blame experience. However we look at it, we still have a problem with women, on average, not having access to the same higher-paying roles.

That is not to say there hasn’t been improvement, and we are moving forward – but it does mean we have work left to do. On a day where over 9,000 employers in the UK need to publish annual figures relating to their gender pay gap and bonus gap, we’re pleased, but not complacent, about sharing that in our London studio our gender pay gap is currently 3.5%. 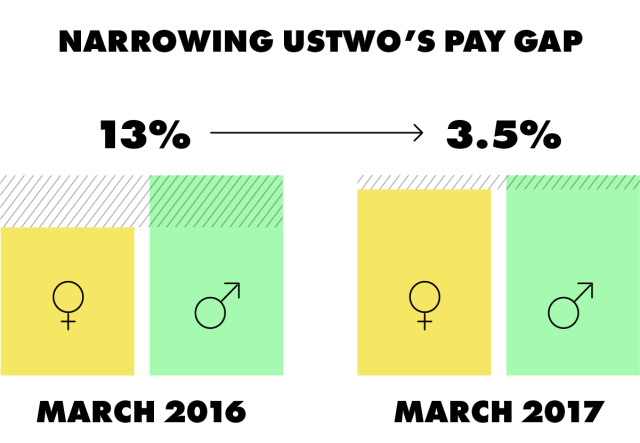 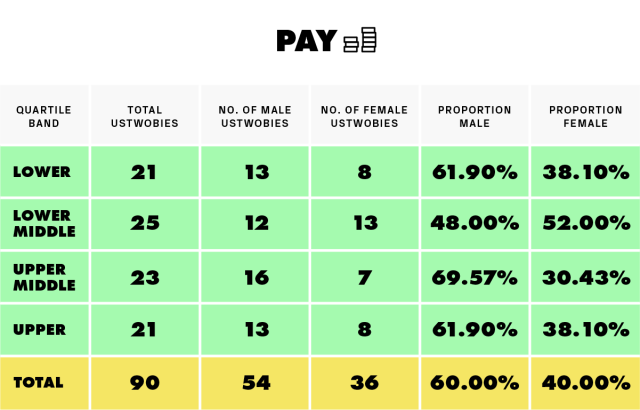 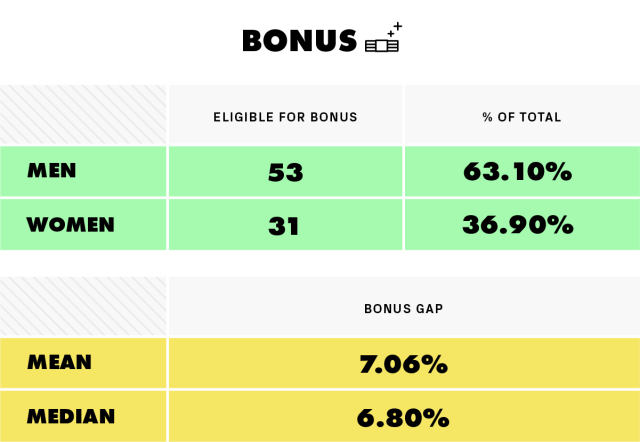 As the data shows, we have made a clear progression since March 2016 when we had a pay gap of 13% – and it wasn’t by chance. Here’s what we have done so far to close the gap:

So it's progress, but we can’t stop there – a gender pay gap of 3.5% is still a gap and needs to be addressed.

These are our next steps:

As we look forward to how we can continue to improve on this count, we welcome feedback from others in our industry about concrete steps they’re taking to close the gender pay gap.

This post has been co-written by People Lead Laura and acting Managing Director Nicki. You can contact either of them to further this conversation: nicki@ustwo.com and laura@ustwo.com.

Diversity and Inclusion at ustwo London