5G and the Future of Design

This article originally appeared in TechCrunch on 14 February 2015.

The U.K. took a significant step toward 5G mobile rollout in January when Ofcom, the telecoms regulator, started considering where it should fit on the airwaves. We will all notice the difference in 2020, when 5G is due to go live, because its goal is to give the impression of “infinite capacity” according to the University of Surrey’s 5G innovation centre. Its speed, at 3,000 times faster than 4G, will mean having mind-bending things like holographic projections…wherever we have reception.

Beyond the appetising hype that sees us getting closer to the world portrayed in our favourite sci-fi films, 5G heralds a fundamental shift for designers of our digital experiences, and by extension what we experience as users. That is because 5G, alongside parallel developments that will supercharge wired capacity, will transform the devices we increasingly rely on into portals of theoretically unlimited and instantly accessible remote processing power. 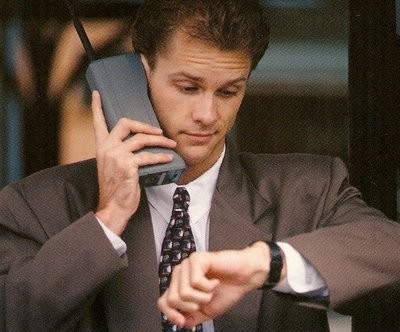 Amazon is already showing the way with its Silk browser, bringing us closer to an ‘Amazonian future of many screens and few processors’. The web browser decides which web pages to render locally and which to run remotely on Amazon’s EC2 servers for optimal performance and ultimately the most fluid user experience. Google is also looking at making the mobile web feel native.

These early examples aside of the way things are going, the advent of 5G means digital design could head in one of two opposing directions. With less need to make technical limits dictate the pace of change it could be as open to influence and generate trends as fast as the fashion industry.

Alternatively, 5G has the potential to bring our experiences across devices into line, capturing our attention within one seamless human machine interface. This could lead to a more slowly evolving future for digital design.

Digital designers and developers have long worked within the parameters set by device processing power. Having limits can be productive, and until now, those pushing the limits as far as they can go to achieve novel results in graphical and interface design have been the ones to spark trends in that design. This process of striving to create tech-driven rarity, and with it desirability, has been called “expensive design.”

By and large, the process is inward-looking and not so concerned with taking inspiration from trends in the wider world, because of the focus on maximising what technology can do. Lacking a significant dialogue with the world outside digital design, its effect offline is correspondingly more limited.

Microsoft arguably failed at expensive design with the over-ambitious introduction of transparent elements in 2006’s Vista that were so demanding on system resources that they caused usability issues. The relentless march of Moore’s Law meant that transparency soon became technically easier to “afford” and a more widespread trend was born.

Apple, meanwhile, is the master at expensive design to a large extent because it has perfected the art of making software tailored for a controlled set of hardware and vice versa. In the mobile space, for example, it walks the line between system resources and design inspiration more adeptly than Google.

Being open to all, Google’s Android operating system means its designers can never be quite sure of the specifications it’s designing for. More frequent updates imply that devices will age more quickly.

With 5G and the access that it will provide to massive remote computational power on top of the more predictable (yet still stellar) trajectory envisaged by Moore’s Law, imaginations will become unfettered from technical constraints.

We could expect to see an explosion of creativity and a broader field of prospective trend setters, more free to draw inspiration faster from wider social and aesthetic trends and designs. This will make life unsettling for incumbents who are defined by their mastery of expensive design.

Greater off- and online interplay will also provide an opportunity for the most influential digital-experience designers to reflect their ideas back into offline environments. Already different sectors are trying to accommodate expectations that people have developed through the design of digital experiences, e.g. in offline automotive retail.

Finally, a note to recognise that the rollout of 5G will by no means be uniform across the globe and that Moore’s Law does not impact everyone in the same way at the same time because of telecoms infrastructure and affordable hardware reasons. For those designers and developers who do get inspired by technical constraints, there will therefore be no shortage of opportunities to design solutions that push device boundaries for the foreseeable future. For the rest, unconstrained creativity beckons.

Or a One-Size-Fits-All Future?

We already have device convergence, whereby a mobile phone now does what you once needed a separate video recorder, camera, telephone, GPS device, pedometer, etc. to do. But there are still gulfs between the processing power of a tablet and a smartwatch, or for that matter car or TV, that create inconsistencies between how you experience products or services from the same provider on different devices.

Tech companies are already anticipating a future where outsourcing processing power creates opportunities for the convergence of experiences. Google’s vision for Android as a unified platform across a broad range of products rather than as a phone OS, for example, creates a common backbone for what will become inherently more interoperable devices sharing the same degree of processing power. As a consumer, you will be able to apply the same intuitions to your driving as mobile device experiences. The logical conclusion is the creation of the first seamless human machine interface across all your interactions.

On the flip side, this world, perhaps, creates a small number of all-encompassing walled experiential gardens with captive audiences, which only need to evolve at their own pace.

In either future, device capabilities, per se, aren’t the priority, and the onus can and should shift to meeting user needs. The big question is whether we want novelty or seamlessly intuitive experiences. I think we want both, and in a world of infinite capacity the tech companies that can design both intuitive and culturally resonant experiences will be rewarded. And those that can design holographic projections of course. I really want to see that.

This article originally appeared in TechCrunch on 14 February 2015.